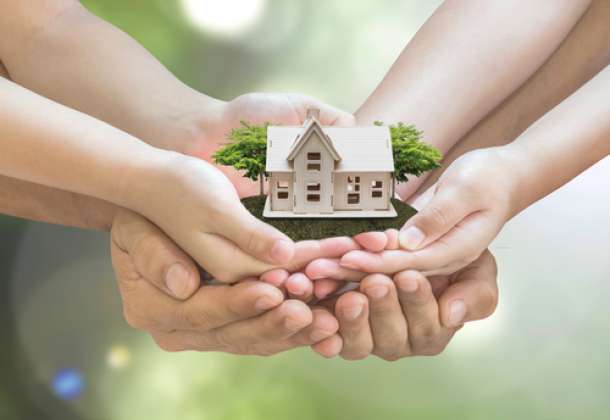 Is Your Home Safe?

Can the Government be Trusted on the Dementia Tax?

Little has been said about the cost of care since the 2017 Dementia Tax controversy. But the few hints dropped by the government have both insulted and threatened parents of adult children.

On her fateful walking holiday in Dolgellau in the Spring of 2017, when Theresa May made her regrettable decision to hold a snap general election, she opened a great many cans of worms. Not least of which was the Conservative manifesto’s clumsy pronouncements on the future cost of care, which sparked a bruising controversy about the Dementia Tax.

A furious backlash met the manifesto’s various commitments to “means-testing for domiciliary care” including “the value of the family home along with other assets and income” and “a single capital floor, set at £100,000” with the aim that “people will always retain at least £100,000 of their savings and assets”.

A few short days after the manifesto launch, May sought to pour oil on troubled waters, making a vague promise to come up with an unspecified “absolute limit” on how much of their children’s inheritance parents should have to sacrifice to pay for their care in later life.

Lately, it’s all gone a bit quiet on the Dementia Tax front, as all the available political oxygen is sucked up by Brexit. But there have been hints that, when the government’s attention does eventually return to domestic policy matters, the news won’t be good for parents hoping to leave a legacy of financial security for their children.

At the 2017 Tory Party Conference, social care minister Jackie Doyle-Price insulted mature parents the length and breadth of the country, invoking the “scrounger” narrative so often thrown at younger people in need: -

“The reality is”, she intoned, “that the taxpayer shouldn’t necessarily be propping up people to keep their property and hand it on to their children when they’re generating massive care needs”

Doyle-Price conveniently forgot that the targets of her ire have diligently paid their taxes for decades. The very taxpayers who themselves propped up the system throughout their adult lives are now, according to her, morally obliged to surrender their capital lest they be vilified as drains on society.

And in an astonishing inversion of Conservative values of hard work, thrift and, above all, traditional family values, Doyle-Price had this to say about every parent’s dearest most closely-held estate-planning aim:

“We’ve got to a stage where people feel that they are the custodian of an asset to give to their offspring … They shouldn’t be seen as that.”

These words give a chilling insight into the government's true intentions. But the truth is, we never stop worrying about, and wanting to provide for, our kids. Once the nest is empty and the immediate pressure to feed, clothe and shelter the children is lifted, every parent’s anxiety shifts to passing on some security to the next generation. That’s especially true in this day and age, when, at a time of acute housing crisis, younger generations are more reliant than ever on the hope of a parental legacy, either to redeem their own crippling mortgage or to get on the housing ladder at all.

In the face of such gloomy hints that any future news on this issue will be bad news, what can you, as parents of grown-up kids, do to safeguard your children’s long-term security?

The first step is to get armed with knowledge. Knowing where you stand and what options are open to you is essential to taking back control. Our guide to Planning for the Cost of Care is a great place to start.

Then it’s a matter of creating an estate plan that preserves both your assets and your independence and limits the amount that can be diverted away from your kids to pay for care. Ray and Joyce’s Story is a great example, which may resonate with you and give you some useful ideas.

One thing is certain: doing nothing and hoping for a governmental lifeline isn't a realistic solution. But there’s no need to feel daunted. Help and advice with making the right decisions for your family’s future security is just a phone call or email away.

For help and advice about the issues raised in this article, just call us on 0151 60 15399 or complete the contact form below.