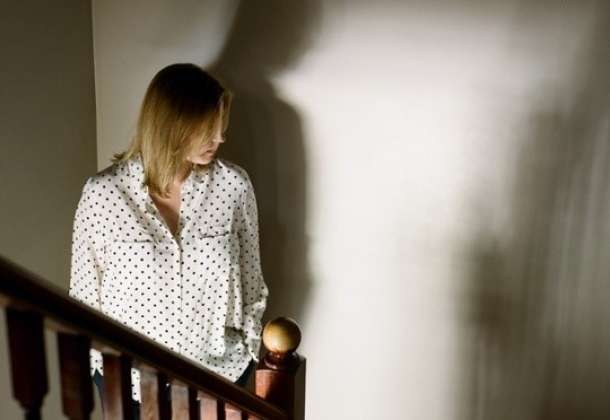 "They told my mother she wasn’t Dad’s next of kin, so they couldn’t discuss his will’"

Heartache and Chaos from a Lost Will

Alison Shields tells of the distressing consequences of her father's lost will.

Alison Shields’ parents, Rob and Tina, had been together for 40 years, but never married. Although they paid for everything together, all their assets were in Rob’s name.

“Mum let Dad put everything in his name, because she just didn’t think anything about it”, recalls Alison.

Rob fell ill with flu and pneumonia a few months after his 65th birthday.

“The specialists told him they thought it was highly likely he had lung cancer,” Alison says. But Rob’s condition rapidly went downhill, and he died even before the test results came through.

Rob had assured Tina he had made a will, and she simply had to speak to their solicitor when the time came. But when Tina contacted the solicitor, she was staggered to learn they had no record of Rob’s will

“And then they told her that, since she wasn’t his next of kin, they couldn’t really speak to her about it,” Alison says.

Without the evidence of a will, and because Rob and Tina had not married, Rob was regarded as having died intestate, which meant all the assets would be inherited by Alison and her half-brother, Sean, from Rob’s earlier marriage. Alison had only met her half-brother a handful of times, the last of them at their father’s funeral.

Tina had started putting together a collection of things she thought Sean might like – a signet ring, Rob’s watch – when a letter arrived from Sean’s solicitor, requesting information on bank accounts, the state of Rob’s business, the value of the cottage, and expensive possessions that might be in the house.

“Mum was basically told that, unless she could prove she’d bought something, she wasn’t automatically entitled to any of their joint possessions.”

A dispute ensued, which was eventually resolved in Tina’s favour. But Tina suffered for months, grieving for Rob whilst not knowing if she would lose her home and everything she owned. Since then, Tina has sold the cottage that she and Rob shared, and moved to a new home. Even after she’d packed away everything in the house, she never found a will.

Alison and her half-brother haven’t spoken since.

“I can understand, from his point of view, why he did it. But I can’t forgive him,” she says.

Alison’s feelings are understandable. Sean put her poor Mum through the mill, and it could all have been avoided.

“The thing that upsets me most is Dad thinking everything was OK when he was dying. I remember him in hospital, patting my mum’s hand as she sat next to the bed and saying, ‘Don’t worry, everything’s OK.’.”

How could this terrible sequence of events have been avoided?

The Protective Qualities of a Marriage Certificate

Tina and Rob’s decision to stay unmarried throughout their 40 years together deprived Tina of the automatic protections that married couples have in the event of one of them dying.

Had Tina and Rob been married, in the absence of a will, the first £250,000 of the assets in Rob’s name would have been inherited by Tina automatically. If there was any surplus over the £250,000, Tina would have automatically inherited half that surplus, with only the remainder being split between Alison and Sean.

In the absence of a Will and a marriage certificate, Tina was probably forced to resort to an application to the court for “reasonable provision” for herself from Rob’s estate, as Rob’s dependent, under the Inheritance (Provision for Family and Dependents) Act 1975.

Howewver, marriage wasn't Ron and Tina's only alternative. The law doesn't necessarily force couples to marry for security if it is their preference to stay unmarried.

Make Sure the World Knows What’s Yours

However, at the very least, Tina should have made sure that the assets she and Rob had both worked all their lives to acquire were registered in their joint names. Of course, Tina loved a trusted Rob, but as she learned to her cost, Rob wasn’t the problem. The problem was Sean’s claim on the estate.

Steps should have been taken from the beginning to identify and assert Tina’s ownership of her share in their joint assets. This would have involved, as a bare minimum:

There are many ways couples living together can protect their own and each other’s. Our Five Practical Tips for Living Together Securely are a useful starting point if you’re a committed couple who don’t fancy taking that trip down the aisle.

A Will is No Use if it’s Lost

Despite their decision to remain unmarried and to place all their assets in Rob’s name, Rob thought he had done all he needed to do to protect Tina’s interests, by writing a will. But, as this story shows, simply writing a will isn’t enough if nobody knows where to find it.

In the modern word, there is no excuse for a professional to lose a client’s will. An up to date register of wills should be maintained; storage should be in a fire-proof and flood-proof facility; and the text of the will should be saved on a Cloud server so there is a permanent record of its contents.