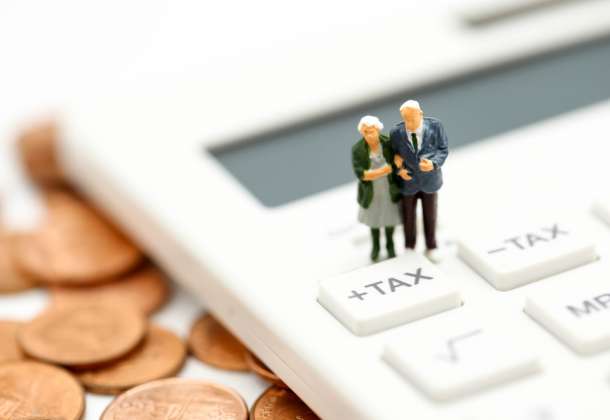 Will Inheritance Tax be Simplified?

The Office for Tax Simplification is reviewing the complex Inheritance Tax system. Does this mean there will there be less tax to pay?

In the wake of widespread condemnation of aggressive Inheritance Tax collection tactics, and a massive spike in Inheritance Tax receipts, the Chancellor of the Exchequer decided in February to order a review of the rules, in the hope that they will eventually be simplified. The Office for Tax Simplification (OTS) was given this challenging task and began the process at the end of April by sending out an online survey to professionals and members of the public, seeking their feedback about the “user experience” of the system.

Professionals who work within the Inheritance Tax system have long believed that it’s ripe for reform. The problems are two-fold, namely the overwhelming complexity of the process after someone has died, and the way the rules force people to make complicated and artificial decisions in life, to manage their exposure.

I can certainly attest to the former. In my parallel role as a consultant solicitor at ACSL Ltd, I’m regularly faced with the job of administering an estate that’s over the Inheritance Tax threshold, and my heart sinks every time. That’s because the “simple” act of preparing an Inheritance Tax return takes brain-bashing hours of flicking between spreadsheets and online forms, filling in multiple sub-schedules and cross-checking figures. Next there’s an exhausting process of liaising between the relevant HMRC department, the deceased’s bank and the Probate Registry, and meanwhile my poor clients are forced to spend months in limbo while the tax position is resolved, before they can get on with the main job of administering the estate.

As for the highly specialised area of “Inheritance Tax mitigation”, every financial planner has their war stories to share. The bewildering array of allowances and reliefs is a minefield to navigate and should never be attempted without professional help. Many such allowances have failed to keep pace with inflation. The prime example is the main Inheritance Tax Threshold, the Nil Rate Band, which has remained static for almost a decade while house prices have soared. There has been an attempt at addressing this with the new Residence Nil Rate Band, but this came with its own layer of Byzantine complexity that only exacerbated the problem.

But Will Simplification Backfire?

Simplification of the Inheritance Tax rules could however prove to be a double-edged sword. The Chancellor wants the regime simplified – he didn't say he wanted to reduce the tax burden. And since HMRC is currently enjoying an unprecedented Inheritance Tax Bonanza, why would he kill the goose that lays the golden egg? Many commentators suspect that the drive towards “simplification”, consolidating the exemptions and reliefs into a narrower range of tax planning opportunities, would actually result in an increase in Inheritance Tax receipts.

One hotly-tipped change is that the “seven-year rule” – where someone can give away part of their estate tax-free provided that they live on for another seven years – could be rounded up to a decade, thereby shutting down this loophole for many elderly gift-givers.

There are also dark hints of a narrowing of the availability of Business Property Relief, which will hit family-owned businesses particularly hard, as their succession plans will come with a previously unforeseen Inheritance Tax burden. Many private investors buy shares on the Alternative Investment Market as a passport to Business Property Relief, and it’s possible that this opportunity will go out the window.

Pensions may also be in the OTS’s crosshairs. The new pension freedoms allow holders of defined contribution pensions to leave their pension capital to their heirs tax-free if they die before the age of 75. This is regarded in some circles as an anomaly that the OTS will find hard to resist tinkering with.

Simplification of the Inheritance Tax rules may not turn out to be the welcome prospect it first appears to be. However, whether it happens at all is another question altogether.

Much of the government’s long-term legislative programme has already been put on hold, largely because Brexit is sucking up all the available political energy. The then-Health minister promised in the Spring to have introduced a Green Paper on care home fees by now, but this has already been put back til at least the Autumn. A planned overhaul of Probate Fees has also been indefinitely postponed.

So, although the results of the OTS’s survey are promised for the Autumn, don't hold your breath. And any reforms recommended by the survey results would take years to chug through the legislative system, even in a political climate not paralysed by Brexit and a hung parliament.

For now, the best advice is to listen to your financial advisor, see a solicitor if you’re landed with the administration of an estate over the Inheritance Tax threshold, and make your own estate planning decisions within the current rules but be ready to update them if the rules do eventually change.