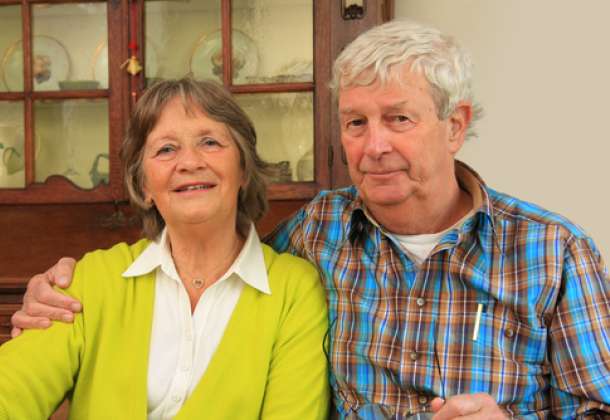 Case Study How Jim and Jean provided safely for their disabled adult children.

Jim and Jean have two grown-up children with complex disabilities. Here’s how their estate plan met their needs.

Jim and Jean are a married couple in their mid-sixties, who are thinking seriously about the future now that they have retired. Jim has worked hard and saved diligently for decades, while Jean stayed home and focused on the important and challenging work of bringing up their son Simon and their daughter Mandy.

Simon and Mandy have substantial learning disabilities, and now that they are in their thirties, the local authority has helped them both to leave home and live independently of their parents. Mandy needs a lot of help, so she now shares a house with other adults with similar needs, with staff on hand twenty-four hours a day to take good care of her. Meanwhile, Simon, whose disabilities are milder, has moved into a flat with a friend, and support workers are helping him develop his life skills.

Jim and Jean rent their home from a housing association, so their assets are mainly held in a modest portfolio of savings and investments, totaling just under £90,000.

Jim and Jean are looking forward to a comfortable retirement now that their working years are behind them and the children are settled in their own homes with proper support. During their retirement, they want to use their savings to enhance their own quality of life.

However, if their health starts to fail in later life, and their mental capacity becomes impaired as a result, they want to be able to rely on their extended family to manage their money for them. And when they are gone, they want Mandy and Simon to benefit from any capital that’s left over. But, with their disabilities, Simon and Mandy will need their extended family to manage the money for them. And Jim and Jean wouldn’t want that capital to endanger Simon and Mandy’s entitlement to state support.

However, the amount of capital they have is very modest, so they need a solution that’s cost effective and proportionate.

Rather unusually, Jim and Jean’s estate plan did not involve making a Will or a Power of Attorney. Because of the nature and value of their assets, combined with their unusual needs, the most efficient and affordable way for them to achieve all their objectives was to set up a Family Trust. This was done by making a Family Trust Deed, and transferring their portfolio of savings and investments to the ownership of its Trustees.

They nominated themselves as Trustees, along with Jim’s younger brother and Jean’s younger sister. Now that the Trustees have taken over ownership of the portfolio, they are responsible for managing and safeguarding it in the best interests of the Beneficiaries of the Trust.

Jim and Jean, for the rest of their lives;

Then, after Jim and Jean’s deaths, Simon and Mandy for the rest of their lives;

Then, if there is any capital remaining after Simon and Mandy’s deaths, that capital will be donated to charity.

Consequently, Jim and Jean’s capital now belongs to their Family Trust rather than to them personally. However, that capital is only available for Jim and Jean’s exclusive benefit while they are alive. If either of them loses mental capacity due to age or ill-health, the other Trustees will carry on managing the capital and making sure it’s only used for Jim and Jean’s benefit, which dispenses with the need for Jim and Jean to make financial Powers of Attorney.

When they die, there will be no need to go through the formalities of probate, because the Family Trust will continue to operate, but for Simon and Mandy’s benefit instead. This in turn dispenses with the need for Jim and Jean to make Wills.

Meanwhile, there are younger members of the extended family, who are capable and well-educated, who will take over as Trustees as the existing Trustees reach the end of their lives, and the mechanism for appointing them when the time comes is simple.

This solution has provided Jim and Jean with robust and long-lasting protection at a budget of £795.

For more guidance about Family Trusts, or for advice about finding an estate plan that best fits your circumstances and budget, simply complete the contact form below, or call us on 0151 601 5399.