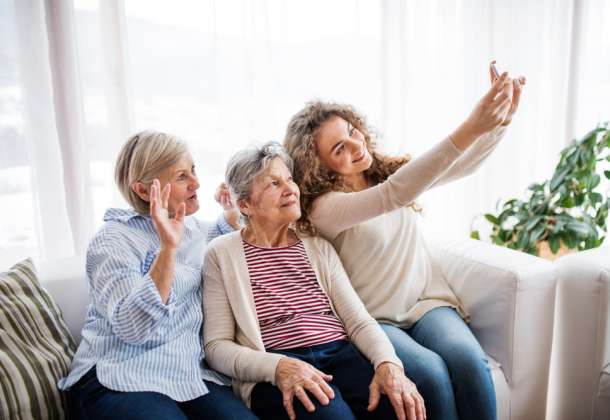 Hats off to the “Parentsioners”!

Look around, and you’ll notice you're surrounded by people who quietly go about their daily business of achieving seemingly impossible feats of hard work and organisation. You might be looking at just such a person in the mirror.

Off the top of my head I can immediately think of three sets of superheroes in my life ...

…  my neighbours, Dave and Ann (not their real names!), who’ve just supported and encouraged their teenage son through a gruelling set of GCSE exams and are facing the sixth-form years with a gulp. Meanwhile, both their Mums are getting on in years and need ever more TLC, as does Dave’s Auntie Edie, a single lady in her eighties who’s going into a home and needs Dave to deal with all the red tape for her. As if that’s not enough, they’re in the middle of gutting and refurbishing their house while Dave does his scarily-demanding job of fighting off the internet hackers who keep trying to invade the bank he works for …

… my best friend from training days, Sarah and her husband Wes. They’ve just simultaneously lived through both GCSE and A Level hell with their son and daughter, their eldest is off to Uni with all the worry and expense that entails, and their youngest is entering the sixth-form with a string of perfect GCSE results and a determination to remain top of the class whatever it takes – yikes! Meanwhile, Wes works literally from dawn to dusk running their farm virtually single-handed, while Sarah handles an array of vastly complex court cases in her job as a solicitor, and somehow finds time to keep their house pristine and their freezer stocked with home-cooked meals. And they help look after Wes’s Dad, who needs daily domestic support and personal care …

… and my oldest childhood friend, Marie and her partner Paul. Marie’s son is twelve and hasn’t found it easy to settle in at school, so she devotes infinite energy to supporting him in his studies and the extra-curricular sports and hobbies she’s arranged to build his confidence. Paul is in his sixties and still works full-time travelling the country in a demanding tech role, while raising two young sons, one at Uni and the other still in his teens but needing lots of specialist support for his learning disability. As well as their sons, they have a bear-sized Golden Retriever, who absolutely must be walked for a couple of hours a day. And on top of all that, Marie runs her own business from home, fitting client appointments around her seemingly overwhelming family responsibilities.  And let’s not forget Marie’s Mum & Dad, who are getting older and have their health challenges, who value the love and kindness Marie and Paul lavish on them …

These are people who make my jaw drop when I think of the responsibilities they shoulder with a smile and a shrug. If I sat down with a pen and paper I could probably make a list of many more, as I’m sure could you. What unites them, is that they have been identified recently as “Parentsioners”, people in their fifties and sixties coping with the simultaneous responsibilities of career, home, adolescent children and elderly parents.

Don't Let Life Get Harder Than It Needs to Be

If you're a Parentsioner, daily life’s undeniably tough, but you manage fine because you're hewn from granite, and good on you. But there are a couple of sensible estate-planning decisions you can make, to prevent life getting any tougher in future than it needs to be.

First of all, talk to your own parents about their situation. As they get older, they may get frailer, and they may need you even more. If their health leaves them incapacitated in later life, things will get considerably harder for you if they don't have their Lasting Powers of Attorney in place.

Dealing with the red tape, like my neighbour Dave is doing for his Auntie Edie right now, will be a nightmare. You might find yourself having to spend months - and thousands! - navigating the maze of the Court of Protection, just for the right to speak up on your parent’s behalf. But with a Lasting Power of Attorney for Property & Financial Affairs in place, your parents can save you that trouble. It’s rude of them not to, when you think about it!

And what if they get really sick? We’ll all have to face our final days sometime, as will your parents. They deserve the chance to plan a good death, like Sheila Kitzinger did, so don't shy away from broaching the subject. With a Lasting Power of Attorney for Health & Welfare in place, you will have the legal authority to insist on your parents’ wishes being respected. Without it, the final say rests with doctors and social workers, who’ll decide what’s “in your parents’ best interests” but, with the best will in the world, won’t know your parents like you do.

Next, think about yourself, and what’s best for your kids. The endless prescriptions we’re given in our 50’s and 60’s for statins, HRT, blood pressure medication etc drive home one important message: we’re not immortal after all.

Which raises the question: what exactly would happen to your kids if something happened to you? So, it’s important to think about getting the right Will in place, appointing suitable guardians for the kids, appointing executors who can take care of their inheritance til they’re old enough, and maybe having some life insurance cover to make sure they’ll be financially secure.

As a Parentsioner, it’s more important than ever that you make plans to future-proof your family. And if that seems overwhelming and you don't know where to start, just pick up the phone and give us a call. We’ll help you work out an effective, affordable and easy plan to secure your family’s future.