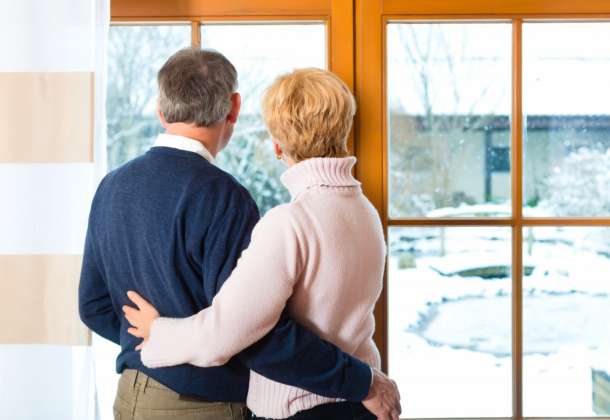 A buy to let investors' estate plan in practice.

How we helped a couple ensure a secure future for theselves, their family and their buy to let portfolio

In the previous post, there was a summary of the considerations buy-to-let investors can think about when planning a secure future for themselves and their families. This is the story of Bill and Anne, a couple with a property portfolio of their own, and how those considerations helped them create a practical long-term plan to secure their future and that of their son and grandchildren.

Bill and Anne (not their real names – confidentiality is at the heart of everything we do) are a married couple thinking about retirement. Bill is in his early sixties and Anne is in her late fifties. Bill has built up a successful business, which he is thinking of selling so he can retire. The business has been valued at £250,000.

They have recently moved house, and their new home, which is free of mortgage, was bought for £250,000.

They have a small buy to let portfolio of two residential properties which they rent out. The properties have buy to let mortgages, and there is a total of £200,000 equity between the two properties. They derive a generous monthly income from the rents after the mortgage payments are met.

They also have savings and investments totalling £100,000.

Bill recently acted as executor in the estate of an older relative, and encountered many challenges because his relative hadn't put their affairs properly in order. He and Anne were keen to learn from that experience and make sure that they didn’t leave similar difficulties behind for each other or Matthew.

In planning their long term future, these were the concerns Bill and Anne most wanted to address:

Here’s how we dealt all of those concerns.

First we dealt with their Inheritance Tax liability. Knowing the exact size of their liability was a big step forward, which clarified their ideas very quickly. They had several options, including taking out life insurance, or gifting some of their assets to Matthew, or making lifetime trust arrangements, but those options involved hassle that Bill and Anne preferred to avoid.

Instead, because they have ready access to a £100,000 fund of savings and investments, they have decided to set aside £60,000, which they have resolved not to touch, so it can be used to meet the Inheritance tax liability when the time comes. They have asked their financial advisor to put the £60,000 into an investment vehicle that can be accessed easily by their executors and trustees when the time comes.

Second, the way they own their three houses needed to be updated. They owned all three houses “jointly”, which meant that, if one of them died, the other would automatically become the sole owner of all three, regardless of any other arrangements they may make. So, to introduce flexibility and give them more options, they have made and registered Deeds of Severance. This gives each of them clearly delineated half-shares in the properties, which can pass through their wills.

Third, they have made Protective Property Trust Wills. On each of their deaths, a family trust will be set up, which will manage their respective assets for the benefit of each other, Matthew and the next generations of the family. They have appointed each other, Matthew and a third person, a trusted professional colleague, as their trustees. It will be the job of the Trustees to look after the assets, and the rental properties, and to use them for the benefit of the family.

Because the assets will be held by trustees, any future assessment of means, e.g.  for residential care or in divorce proceedings, won’t be able to take those assets into account. So the assets will be preserved for the family only.

Fifth, to keep financial decision-making in the family, in particular with regard to managing the buy to let portfolio, they have made and registered Lasting Powers of Attorney for Property and Finance. This means that, if either of them becomes unwell and unable to make financial decisions, the other members of the family can step in and make decisions, sign documents, liaise with the bank and the mortgage company etc., for them.

Sixth, they have extended the family’s decision making power to personal decisions about their health, lifestyle and welfare. They have done this by making and registering Lasting Powers of Attorney for Health and Welfare matters

Seventh, they have supplemented that with Living Wills, which specify in advance what medical interventions they will and won’t consent to if they are ever too ill to communicate for themselves.

So, Bill and Anne have put in place a very detailed seven-point plan to make sure that every aspect of their lives is considered and carefully managed for their lifetimes and beyond.

To achieve all of this, however, all they had to do was make a one-off investment of less than 0.3% of the value of their assets.

“We appreciated the personal service we received, from a very kind and approachable professional. We were given detailed and very knowledgeable advice, in our own home, with plenty of time to ask questions, so that we understood everything clearly. We feel good to have achieved something of lasting benefit for our family.”

If Bill and Anne’s story strikes a chord with you, you can find out more about planning forward for the long term benefit of your family, by calling us on 0151 601 5399 or filling in the contact form below.