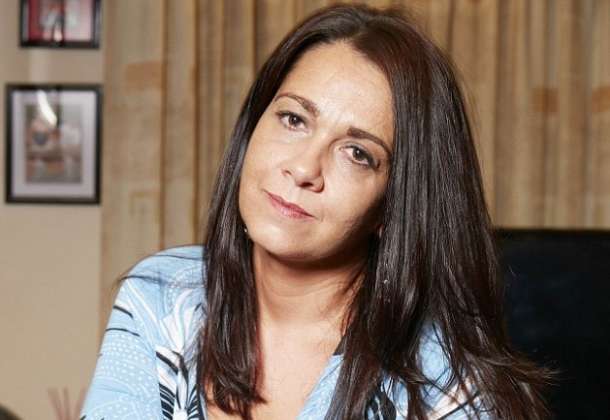 “Get a Job!”: Disinherited Daughter’s Court Battle Ends in Humiliation

In September, I reported on the court case involving the Ames family, who were at war over the estate of the late Michael Ames. Michael had died leaving a fortune of £1.09million, which he’d left entirely to his second wife Elaine Ames, leaving nothing for his daughter Danielle.

Danielle applied to the court for “reasonable provision for her maintenance” under the Inheritance (Provision for Family and Dependents) Act 1975, arguing that she and her children were struggling to make ends meet and depended on an inheritance from her late father to survive. She was hoping for a lump sum of £300,000.

Her stepmother Elaine put up a vigorous defence, that she needed every penny of Michael’s estate to provide security in her old age, especially as she was in ill health, and that Michael had deliberately chosen to disinherit Danielle because he believed adult children should work hard to make their own way in the world.

Judge Halpern, the presiding Judge, has since delivered his verdict. Finding in favour of Elaine, he was withering in his criticism of Danielle. The mother-of-two had told the court she 'idolised' her father, and that he had promised her 'it will be all yours one day'. This, per Judge Halpern, was “an exaggeration”, “untrue” and “gilding the lily”. He branded Danielle an “unreliable” witness who was “not above inventing or embellishing facts if she could see no other way of sticking to her story”.

How Judge Halpern Applied the Five Criteria under the 1975 Act

The judgement has left Danielle publicly humiliated, and, instead of relieving her financial situation, has made it many times worse.

The Daily Mail branded her “a byword for indolent greed”.

She has been left with legal bills totalling £132,000, including £85,000 to reimburse Elaine’s legal expenses. She was ordered to pay Elaine an interim sum of £34,000 within 14 days of the judgement. Considering that she lives in rented accommodation with her husband and three children, and the family’s outgoings exceed their income by about £2000 a month, the Judge might as well have ordered her to grow wings and fly.

Is this What Michael Ames would have wanted?

Michael Ames’ fortune was founded on a family business started by his first wife’s father, Danielle’s maternal grandfather. Michael's will, endorsed as it is by Judge Halpern, means that grandfather's legacy won’t be passing down the family bloodline. When Elaine dies, she will leave the assets to her own children, who will in turn pass it to their children, and so on.

The effect is that the proceeds of a multi-generational family business have gone, accidentally or on purpose, to another family altogether.

"I went to court because it didn’t seem fair that everything my father had built up should go to Elaine’s family," said Danielle, "Her children and grandchild will inherit what essentially began with my mother’s family, while my children have nothing at all. How can that be considered right?"

Further rubbing salt into Danielle’s wounds is the fact that, while the judge sympathised with Elaine’s disabilities above all other factors,  Danielle has been left caring for Michael’s elderly and disabled mother with no financial support whatsoever.

"The judge acted as if I’m sitting at home on my bottom," she said. "But he has no idea. As well as bringing up two children, I am the main carer for my father’s housebound 87-year-old mother and my own mother. I’m always at the beck and call of someone. It is a sad day when being a stay-at-home parent and carer for the family is looked down upon.”

Finally, Danielle is haunted by the suspicion that Michael might have made another, more recent Will, distributing his estate more fairly.

“There remains a niggling feeling in my mind that he might have left another a will in his safe at the shop. I saw him very often because his shop was close to mine and he came for lunch with the children most Saturday afternoons after closing up … it’s hard for me to accept that he would have wanted to see his step family inherit everything. It just does not seem like the way my dad would leave his financial affairs.”

Whose Fault is this Mess?

A family has been permanently estranged. A daughter has suffered public humiliation and financial ruin. £132,000 has been funnelled into the coffers of lawyers.

Although Judge Halpern lays the blame firmly at Danielle’s door, Michael Halpern was the architect of this disaster.

All this suffering was caused by his carelessness, his failure to plan his own and his family’s future properly, his failure to recognise the responsibility that comes with such a large estate, especially one founded on a family business he had married into. This isn't about giving handouts to children, deserving or otherwise. It's about shouldering the responsibility, as head of the family, to protect the family's assets.

What should Michael Ames have done?

First, he should have taken proper estate planning advice. In doing so, he would have learnt that he didn’t have to make a binary choice, between providing for his wife or his daughter, leaving the other in the lurch. He would have discovered that a Family Trust Will would have enabled him to provide security for his wife for the rest of her life, whilst ensuring that the assets were protected for the eventual benefit of his daughter and grandchildren.

Second, he shouldn’t have left it so late! Michael Ames was aged just 63 when he died. He was a relatively young man. This illustrates that making a proper estate planning isn’t an activity reserved for “old people”.

Third, he should have discussed his intentions openly and honestly with his while family; not just Elaine, but Danielle and his grandsons too. This would have averted so much suspicion and heartache after his death.

Finally, if there was any risk of underhand behaviour, he should have ensured that his will was properly stored by a professional, and that both Elaine and Danielle were clear about where it was stored. This would have removed the niggling suspicions that are now only adding to Danielle’s pain.

For further guidance on how you can avoid making Michael Ames’s mistakes, just give us a call on 0151 601 5399 or fill in the contact form below - we’re here to help.