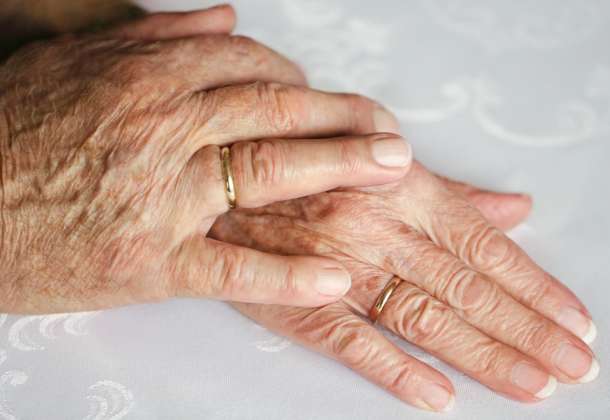 Another blended family at war due to poor estate planning

Court of Protection forced to decide whether daughters can lawfully block their father’s marriage to his partner of 20 years.

A man in his eighties suffering from dementia was fought over in the courts by his daughters and partner over his mental capacity to get married, and it was all because of an inadequate estate plan.

“DMM”, as he in known to the courts, is a retired insurance broker in his eighties, with three grown up daughters from his first marriage, who has lived with his partner, “SD” for about 20 years.  DMM thought he had a well-thought-out estate plan, providing fairly for daughters and partner alike.

He had arranged that two thirds of his pension should go to SD after his death. He had made a Traditional Will in 2013, leaving SD a further cash legacy of £300,000 and the right to live in his house for two years following his death. The rest of his estate was to be divided between his three grown-up daughters, leaving them a potential legacy of about £470,000 each.

DM also thought he had made sensible arrangements to protect himself from the consequences of losing mental capacity in later life. In 2007, he had appointed one of his daughters, “EJ”, as his Attorney for Property and Financial Affairs, and he followed this up in 2013 by also appointing her as his Attorney for Health & Welfare.

Unfortunately, his estate plan was not as robust as he thought. The consequence has been a bitter power struggle in multiple courts, which has cost eye watering sums of money and divided his family just when he most needed their united support.

Sadly, DMM suffers from Alzheimer’s Disease, which has compromised his mental capacity. The trouble started in 2016, when DMM and SD decided to get married. Getting married would invalidate DMM’s Will and make him intestate. The intestacy rules would have the effect of diverting most of his estate to DMM, leaving his daughters with about half the inheritance they would have received under his Will.

The announcement of the marriage plan does not seem to have been met with universal daughterly approval. So, SD took him to a doctor for an assessment of his mental capacity, to establish whether he could lawfully decide to:-

The psychiatrist who made the assessment concluded that DMM did not have capacity to revoke the Powers of Attorney, but he did have the capacity to get married.

In response, EJ took things to the next level. She entered a “caveat” at the Registry Office, under s.29 of the Marriage Act 1949, blocking the marriage, and sought a second option from an independent mental capacity assessor. The second opinion came down on EJ’s side of the debate, concluding that DMM lacked mental capacity on both counts, either to revoke his powers of attorney or to get married.

The Registry Office decided they would weigh up the two conflicting assessments, and if they preferred the first opinion, they would let the marriage go ahead without delay.

In June 2017, EJ brought her case before the family court, which granted her an interim injunction blocking the marriage. The case was then transferred to the Court of Protection, to judge whether DMM had capacity to marry or not. There were two further hearings.

The first hearing, in July 2017, was to decide what “capacity to marry” means in law.  Does it include the ability to understand the financial consequences of a marriage, including the fact that it would revoke a will? The court decided that, to have capacity to marry, you must be able to understand that doing so will render your Will invalid.

The second hearing, in October 2017, was to decide whether DMM had capacity to marry as defined in the previous hearing. By this time, DMM had himself been brought into the case as a party to the proceedings, with separate representation from The Official Solicitor.

A third expert was engaged, to carry out a more searching capacity assessment, specifically to find out whether DMM understood that getting married would invalidate his will and reduce his daughters’ inheritance in favour of SD. The expert concluded that DMM did understand this, and still wanted to marry.

With that, the court ordered that the planned marriage could go ahead. So, by now, DMM and SD have probably had their wedding, which probably won’t have been the happy occasion they would have hoped for, given the tensions between the four women closest to him.

How could DMM have prevented all this trouble?

That said, DM was clearly satisfied with the effect of his marriage and did not mind that his daughters would inherit less as a result. Which raises the question about whether he had made the right choices back in 2013. Perhaps he felt, on reflection, that he hadn’t done enough for SD, in the light of 20 years of her love and support.

Or perhaps he’d fallen for the common urban myth that affects many blended families – that your estate is a pie to be sliced up, leaving an either-or dilemma between providing security for your other half, and providing a meaningful legacy for your children. We never stop wanting to protect and provide for our kids, even when they’re independent adults. But that doesn’t have to mean leaving your other half out in the cold.

In hindsight, the robust and flexible Family Trust Will structure could have given DMM the best of both worlds – enabling him to give SD the security of being able to use and benefit from his assets for the rest of her life, with his daughters benefiting in full after they had both passed away.

Thoughtful, creative, compassionate estate planning advice back in 2013 would have avoided all this heartache. To avoid making the same mistakes as DMM, call us on 0151 601 5399 or complete the enquiry form below.

"Although we didn't think our financial affairs or family arrangements were particularly complicated, Gina talked us through all the things we should consider to ensure what we put in place was right for us and our family. She is clearly very knowledgeable and gave us lots of advice and guidance and explained everything so we understood the implications of our decisions. The paperwork was drawn up quickly and accurately based on our discussions. She also helped my parents with their estate planning. She reviewed their current arrangements and has drawn up lasting Powers of Attorney for them both. Again, everything was explained clearly and sensitively and I know my parents are also very happy with the service they received. I would happily recommend WillWritten to anyone considering making a Will or looking to review their estate planning. "