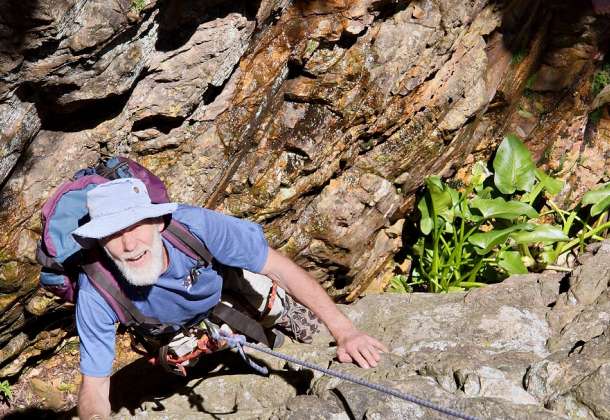 People in their 70's and 80's should be acknowledged as Active Adults.

Seismic demographic changes mean we must re-think what it means to be “old”, says one of the UK’s leading social scientists.

People should not be called “old” until they are seriously frail, dependent and approaching the end of their lifespan, according to Sarah Harper the Director of the Oxford Institute of Ageing

In a recent address to the Hay Literary Festival, Harper proposed that it’s time for us to question what it means to be old, because our lives are growing inexorably longer. In fact, our life spans are on average extending by 2½ years every decade – or, to put it another way, by five hours every day! Half of the babies being born now in the UK can expect to live to be over 100 years old.

“We are talking about extending lives in a way we have never experienced before,” says Harper. Which, she believes, means it’s time for us to re-think our attitudes to age and ageing, adopt a different approach to the language we use, and begin recognising people in their 70’s and 80’s for the Active Adults they are.

Harper proposes that we should think of our lives in four ages, as categorised by historian Peter Laslett. The first age is described as an era of dependence, socialisation, immaturity and learning, the second a time of independence, maturity, and responsibility; the third a period of personal achievement and fulfilment and the fourth, rather gloomily, as the time of “final dependence, decrepitude and death”.

“Old age should be the fourth age,” says Harper, “Everything else should be active adulthood.”

What does retirement mean now?

What retirement means has changed over the last 50 years. When 65 was first introduced as the recommended retirement age for men, half of 65-year-old men wouldn’t live to see their 70th birthday. But a 65-year-old today can expect another 20 years of life, at least 11 of which will be lived in good health. However, active adults over 65 are often the victims of prejudice, written off as old and past it when they have so much wisdom, knowledge and experience to offer society.

“We live in a society where we know sexism is wrong, we know racism is wrong, but actually there are many, many examples where stereotyping according to age is seen as acceptable” argues Harper.

How do longer lives affect our estate plans?

Already, fewer people are content to wait until the end of their lives to pass their assets on to their children – especially if their children may themselves be pretty advanced in years by then. Consequently, ever more parents seek advice about giving significant lifetime gifts of capital to their children.

Sometimes it’s for tax reasons – their assets amount to more than their Inheritance Tax allowances and they want to give their children a “living inheritance” to reduce their liability. Sometimes it’s because of concerns about meeting their care needs when the above-mentioned “fourth age” comes knocking. People seek advice about signing ownership of their house over to their kids, or selling up and investing in a “granny annexe” on their child’s home. Often, it’s to make sure their assets pass smoothly from one generation to the next without the expense and hassle of going through probate at life’s end.

But simple gifting during life can be fraught with unintended consequences, so it’s important to take professional advice about the safest way to give a living inheritance. A range of protective measures, such as creating a Family Trust, can be employed, to safeguard the interests of all the generations involved.

Preparing for the Fourth Age

Our lives may be getting ever longer, but we haven’t achieved immortality just yet. Nor have we yet achieved immunity from the “decrepitude” depressingly associated with the Fourth Age. Currently, one in four 85-year-olds suffers from dementia. So, preparing for the Fourth Age is an important task we should accomplish well before the Third Age comes to an end.

Certainly, our Third Age – between the kids flying the nest and our entering our dotage – looks set to be longer, more active and more engaging than ever before – but a little advance planning can help to take the sting out of the Fourth Age.

For more advice about making your estate plan or planning for your Fourth Age, call us on 0151-601-5399 or complete the contact form below.