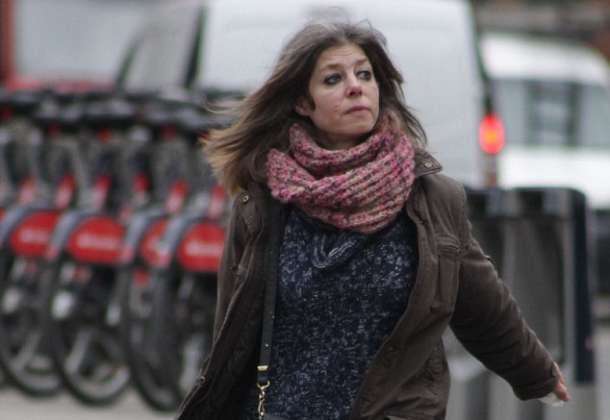 Is Your Child’s Inheritance Divorce-Proof?

Doreen Crowther may lose her house because her inheritance wasn't divorce-proofed.

A divorcee’s furious reaction to an Appeal Court ruling made the news when her angry tirade at judges sent them running for cover and saw her dragged screaming from the court. However, the background facts raise a worrying question for parents of adult children:

“how safe will my child’s inheritance be?”

Doreen and Robert Crowther married in 1997 and had one child together. They separated ten years later after a very difficult marriage, and the financial repercussions of their divorce have so far been the subject of a costly and exhausting seven-year court battle.

Doreen maintains that, during their marriage, Robert was grossly irresponsible with money, running up significant debts and saddling her with liabilities that cost her some £80,000 to clear.

When they separated, Robert moved in with his parents, and there he has remained, in a single room at his parents’ house, living with disabilities which have rendered him unable to work or gain independence for himself.

Meanwhile, Doreen lived as a single parent at the family home, without financial support for her child, reliant on the income she derives from running her jewellery business.

The case first came before the divorce courts in Oxford in 2015, when a judge ruled that Robert should not receive a share of the house. However, Robert appealed the decision, and the appeal court decided that the original ruling was flawed and should be sent back to the divorce courts for reconsideration.

This raises the spectre, for Doreen, of having to sell the £200,000 matrimonial home to provide Robert with a share.

'He is holding me to ransom for my mother's house,'

If Robert’s claim succeeds, at least some of Doreen’s mother’s legacy will be diverted to him. And one day he will probably add to that with an inheritance from his own parents. Even if Robert had been a model son-in-law, this cannot be what Doreen’s mother wold have wanted.

The sad truth is, however, that none of this need ever have happened. With intelligent estate planning decisions, Doreen’s mother could have ensured that Doreen’s inheritance could never have come under discussion in the divorce, and years of expensive and traumatic court proceedings could have been averted.

How Could Doreen’s Inheritance Have Been Divorce-Proofed?

Doreen’s mother could have made a Family Trust Will. Instead of leaving her estate absolutely to Doreen, she could have left it to the executors and trustees of her will, to use at their absolute discretion for Doreen’s benefit and for the benefit of Doreen’s children and remoter descendants.

This would have enabled Doreen to use and benefit from her inheritance, without it ever becoming her absolute property. That way, Doreen’s inheritance wouldn’t have been classed her asset for possible redistribution by the divorce courts.

Doreen could still have used her mother’s legacy to buy the house. However, instead of giving her the purchase money absolutely, the trustees could have bought the house in their name, for Doreen and her family to live in.

Alternatively, the trustees could have made an open-ended private mortgage to Doreen, secured on the house as a registered “legal charge”. Doreen would not have been expected to make monthly mortgage payments. But the terms of the legal charge would require that the private mortgage was repaid in certain circumstances, if repayment were in Doreen’s best interests.

Adopting either of these strategies would have kept the house, and any subsequent equity accrued in it during the marriage, outside the scrutiny of the divorce courts, and out of Robert’s reach.

"What am I Saying About my Child’s Marriage?"

With the right estate planning choices, you can avert the risk of your child’s inheritance being diverted to your son or daughter in law.  With 40% of marriages ending in divorce, this is a significant estate planning concern for many parents of adult children.

Fond as you may be of your son- or daughter-in-law, they have their own parents, who will have the same concerns, however happy your child’s marriage may be. So, it’s important not to think of divorce-proofing as passing any kind of judgement on the state of your child’s marriage. No-one knows what’s around the corner, and we primarily want our own kids and descendants to benefit from the legacy we leave behind. Why place that legacy at the potential mercy of the divorce courts?

For help with divorce-proofing your legacy, just give us a call on 0151 601 5399 or complete the contact form below. We’re here to help.