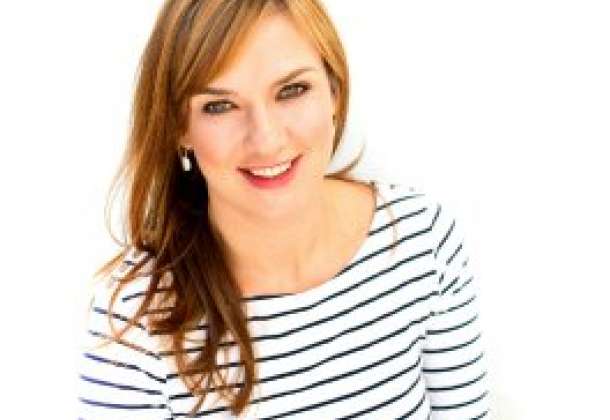 Vashti Seth started a charity with a legacy from her dad

Vashti Seth started a charity with a legacy from her dad

“Do Something Good With It”

When Johnny Richards was diagnosed with a terminal illness in 2006, his daughter Vashti Seth resigned from her job, rented out her house in Bristol and bought a one-way ticket to Australia to spend as much as time as possible with him and his partner and her six siblings.

“I thought we’d have at least a year together,” she says. “We had just five weeks until he died.”

Blindsided by grief, Vashti gave very little thought to the legacy of £2000 he’d left her in his will, with the very specific instruction to “do something good with it”

Her other siblings had each been left personal keepsakes, such as the ring Johnny always wore, or a little emerald Buddha, so the money gift and the very specific instruction were a puzzle.

Johnny Richards was a charismatic free spirit and adventurer. From humble beginnings, he travelled the world.  He studied Buddhism in India before settling in Wales, where he built a wooden hexagonal house for his young family. When he and Vashti’s Mum separated, he moved to Australia, where he built two more hexagonal houses and founded a music festival. He was devoted to all seven of his children. He was an enthusiastic drummer who loved playing in bands. He loved sailing and embarked on several extended sea adventures with his children.  When terminal illness struck in his late fifties, he was in the middle of building a boat to sail around the world.

“Dad believed in living a full life, in following your passions and not being constricted by what society thinks you should do.”

In Vashti, the apple didn't fall far from the tree. She left school at 15 with few qualifications, but travelled all over Europe, South-East Asia and Australia before forging a successful career in the film industry. Her father must have recognised her as a kindred spirit.

“maybe he left me that money and that message because he thought I’d take it on as a project.”

What Vashti Did with her Inheritance

That legacy and that message inspired Vashti to go on a journey to India, Nepal and Africa, and to invest her Dad’s legacy into the founding of the first peer-to-peer crowdfunding charity in the UK – www.deki.org.

Vashti’s adventure began with a visit to Dharamsala, Northern India to meet Deki Dolkha, a Tibetan girl her father had sponsored through school. Vashti was saddened by the lack of opportunities for Deki to progress in life. With no job opportunities and no money to start a business of her own, Deki was trapped in poverty. This motivated Vashti to look for a way to empower people in developing countries to work their way out of poverty.

Vashti began to read up in microfinance, a system of making small loans to people in developing countries, to set themselves up in business. She quickly realised this was a positive way to help, by empowering people rather than leaving them dependent on aid.

The University of the West of England added a grant of £8000 to Johnny’s £2000 legacy and the scheme launched in Nepal, with Vashti’s mum acting as chair and trustee. From its first £50 loan in 2009 to help a tailor buy a new sewing machine, the charity has gone from strength to strength. To date, more than £1million has been raised, and the lives of more than 40,000 people have been transformed for the better.

In October 2016, Vashti launched a new career as a business strategist and coach. Vashti now specialises in supporting mumpreneurs to set up a successful business they can fit around their kids.

An Inspiration to us All

Johnny Richards would undoubtedly be blown away by the amazing things his daughter achieved with that modest inheritance and that compelling instruction.

Johnny and Vashti’s story shows that making an estate plan doesn't have to be restricted to providing security and protection for those you love – it can also be a way of empowering your loved ones to achieve things beyond their wildest dreams.

What wonderful things could your children or grandchildren achieve with their legacy from you? You can find out by making your estate plan.

If you’re inspired to follow Johnny Richards’s example, just give us a call on 0151 601 5399 or complete the contact form below. We’re here to help you protect and enhance your legacy.