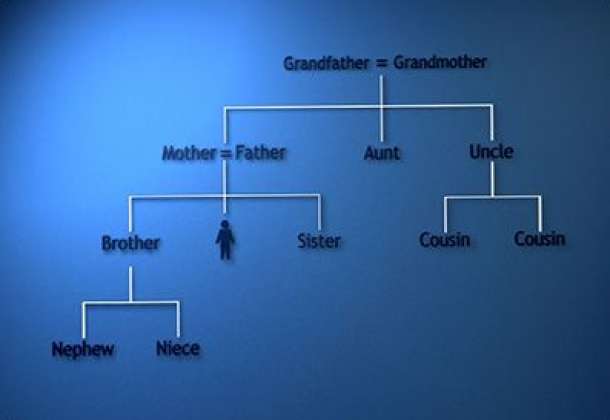 The Growing Issue of Lost Wills and Unclaimed Estates

Our friend died without saying she’d left us £110k

The rate at which estates go unclaimed has risen two and a half times in the last five years, according to government figures recently released.

In response to a Freedom of Information request made recently by the Telegraph newspaper, the government has revealed that, while there were 293 unclaimed estates added to their books back in 2011, in 2015 the number was 753.

The Treasury Solicitor currently holds a list of 11,400 “orphan” estates, worth many millions of pounds. If no heirs are found, the money eventually ends up in the government’s hands. Last year, there were funds of £23.9million released from “orphan” estate. Heirs were found in respect of some of the estates, resulting in £14.8million being inherited. But if the balance of £9.1million is left unaccounted for, it will swell government’s coffers.

Nobody knows for sure why this increase has occurred, but there is speculation that it’s due to an increase in family members dispersing from their home areas to distant parts of the country, combined with a growing number of second and subsequent marriages, leading to multiple name changes.  Modern life just seems to make it harder to maintain family ties.

At the same time, up to a fifth of people believed to have died “intestate” turn out to have had a valid will all along.

One lady who narrowly escaped accidentally leaving her estate to the government was Pamela Rowland, who died in 2014.

Mrs Rowland was a widow who died aged 82, with no immediate family. Her good friend Malcolm Hooson visited her regularly and always invited her to his home for Christmas lunch.

Mrs Rowland had said that her own mother had died without a Will, and that this had caused complications. It was suggested to her that she might want to put her affairs in order, but she didn't seem to take it seriously.

Out of the blue, almost two years after Mrs Rowland’s death, local solicitors engaged a firm of "heir hunters" to look for a Will in Mrs Rowland’s home. When her Will was eventually found, it turned out that Mrs Rowland had left her bungalow to Malcolm. The bungalow was put up for sale by auction, with a reserve price of £110,000.

But, with no immediate family, if Mrs Rowland’s Will hadn’t been found, her entire estate would eventually have gone to the government, and her final wishes would never have come to light.

Closer to home, I prepared an estate plan for a lovely elderly couple - let’s call them “Ron and Mary” for confidentiality -  back in 2015. Ron and Mary were absolutely devoted to each other, delighted in each other’s company, and had little time for the world outside their close relationship. They had no children, no siblings, nieces or nephews and didn't have much of a circle of friends either. Their only living relative was – let’s call her “Elizabeth” – a distant cousin on Ron’s side of the family.

When their Wills were made, Ron and Mary had the option of placing the Wills in storage here at WillWritten for safekeeping. Ron decided to store the Wills at home instead. He had a truly vast collection of antiques, which he was in the process of cataloguing, and he planned to store the Wills, along with his inventory when it was complete, in the safe they had in their home. His executors were informed of this.

Mary died in December 2016, leaving Ron absolutely devastated. So much so, that he suddenly died of heart failure just a couple of days after Mary’s funeral.

According to their Wills, Mary left her entire estate to Ron, and Ron in turn left detailed instructions as to how their estate should be distributed. Many local museums were to receive important historical artefacts from his collection, and the rest of their estate, including their house and savings were to be divided equally between Elizabeth and five local charities.

The aftermath of Ron’s death was traumatic. The police had been forced to break into his house after a neighbour raised the alarm about his wellbeing, and they had been obliged to carry out a detailed search of every room of the house, because Ron’s huge collection included a large number of potentially dangerous antique firearms.

Consequently, when the executors came to carry out their role, they found the house in disarray. The Wills were not in the safe, and could not be located among the jumble of antiques and belongings left in the house.

Because the Wills cannot be found, the legal presumption is that Ron revoked his Will by destroying it, and so died intestate. The estate won’t go unclaimed, because Elizabeth is Ron’s next of kin. However, Elizabeth will now inherit Ron’s entire estate, and is under no obligation to endow the museums or charities according to Ron’s wishes. But this is hardly a happy ending for poor Elizabeth, because if Ron’s Will is later found, she will have to redistribute her inheritance among the other intended beneficiaries.

What happens to an unclaimed estate?

When someone dies, and doesn't appear either to have left a Will or to have any immediate family, their estate passes to the government.  There is a government department, the Bona Vacantia Unit, dedicated to collecting in the proceeds of “orphan” estates.

In the absence of a Will, there is a pecking order of family members who may inherit, namely the deceased’s: -

So, distant cousins can inherit in the absence of a Will, but only if they are direct descendants of particular relatives.  If there are no family members falling within those categories, the Bona Vacantia Unit steps in to ensure the proceeds of the estate go to the government.

However, if a qualifying relative pops up at any point in the ensuing 30 years, the government must pass its “inheritance” to that relative. That is why the Treasury Solicitor keeps a publicly available list of orphan estates.

Working from that list, heir hunting businesses use their detective skills to find missing wills and missing relatives. If their work results in someone receiving an unexpected inheritance, the heir hunters charge a commission.

What should you do safeguard your legacy?

Making your estate plan is far from the end of the story. There are two important steps you need to take next, to ensure that your Will isn’t accidentally disregarded as a result of being lost.

First, seriously consider having it stored professionally. There’s no point in going to the trouble of making your Will if it can’t be used when the time comes. Because this is so important, storage is a complimentary service we make available with all our Wills and Estate Plans.

Second, make sure you tell your executors and main beneficiaries where your Will is stored. If we store your Will for you, we will give you a copy, with a covering letter explaining how to get in touch with us to retrieve it from storage when the time comes. Make sure you pass this information to your executors and beneficiaries, so they know how to contact us and access both your will and our practical support.