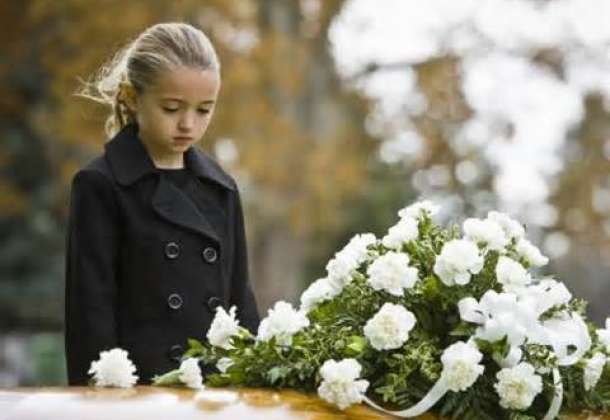 Who gets the kids if something happens to us?

It’s a horrible thought, isn’t it? Nobody wants to imagine their beloved child being orphaned, but thinking about the unthinkable, and making proper plans, is a vital parental responsibility.

In my work as a consultant solicitor, I’m currently acting for a young girl of sixteen – let’s call her “Chloe” -  who lost her parents in tragic circumstances a year ago. My job is to ensure a safe and smooth transition for Chloe, from her life with parents to her life as an orphan. But that process has been made much more challenging than it needed to be, because Chloe’s parents, like all of us, never imagined this could happen to them, and like too many of us, didn't make proper plans for Chloe in case the worst should happen.

Chloe’s parents died without having made a Will, with Chloe as their sole next of kin. Without a Will, and without having nominated guardians for Chloe, the first months of Chloe’s life as a bereaved teenager were marked by uncertainty.

Chloe, luckily, is very close to her aunt and uncle on her Mum’s side, and they unhesitatingly took her in to stay with them. But making that a permanent arrangement involved months of wading through officialdom, with both social workers and the family courts. Eventually, many months later, a court order was granted, making Chloe’s aunt and uncle her legal guardians. But Chloe and her aunt and uncle, devastated by the loss of her parents, really could have done without this.

Then came the challenge of securing Chloe’s inheritance. Her parents owned a house, and the mortgage was covered by life insurance. Chloe’s parents also had some modest pension funds which provided lump sum benefits for her in the event of their deaths.  In theory, then, Chloe is the heiress to a modest but significant sum of money which will set her up for a financially secure start to her adult life.

However, getting access to that inheritance required a Grant of Letters of Administration. As her parents’ only heir, the right and responsibility to obtain the Grant technically fell to Chloe, but as a person aged under 18, she wasn’t entitled to apply for it.

Adults had to apply for the Grant on her behalf, and identifying who those adults should be wasn’t a straightforward matter. After yet more legal wrangling, it was agreed that Chloe’s aunt and uncle would be appointed to the role, but only if the Probate office could have a copy of the court order appointing them as her guardians. But the family court had made a mistake in the way the order was worded, which caused further delay while the wording was corrected.

But her parents’ other pension providers won’t pay anything until they have Chloe’s parents’ final death certificates. We have an interim certificate for now, while we wait for the inquest. But the inquest is months away, and there is no telling when it will take place or when the death certificates will be issued. So we simply don’t know when those outstanding funds will finally be available for Chloe’s maintenance and welfare.

Meanwhile, Chloe’s aunt and uncle have taken full responsibility for her maintenance at their own expense, which, luckily, isn’t a problem for them because they have plentiful resources. But what if they had been living, like many of us, on a tight budget? Taking care of their beloved niece could have been a real hardship for them.

Chloe’s story highlights some important points that parents can consider for their children’s welfare.

First and foremost, it’s so important to make your Will, and make sure that you appoint both guardians to look after your children and executors to take care of the legal formalities on their behalf.

Every orphan under 18 must be allocated a legal guardian, and social services and the family courts will step in if no decisions have been made in advance. If Chloe’s parents had made a Will appointing her aunt and uncle as testamentary guardians, the involvement of social services and the family courts in the early months of Chloe’s bereavement could have been avoided, or at least kept to a minimum.

When you’re choosing guardians, think about who you would trust to give your children a loving home and see to their welfare and education. Are they young and fit enough? Do they live close by, so your children can stay on at the same school? Are they willing to take on the responsibility of raising your child for you if necessary?

If Chloe’s parents had made Wills appointing executors, the probate process would have been quicker and simpler. The executors could have acted immediately to obtain the necessary Grant, and wouldn’t have had to wait for the family courts to complete their work.

You don’t have to choose the same people to act as executors as well as guardians. Your chosen guardians may be happy to give your child a loving home, but might find it hard to cope with the responsibilities of acting as a trustee for your child’s inheritance. Choose executors you know have the skills and confidence to handle the financial side.

Think carefully about your insurance arrangements. Have you got adequate life cover to provide the financial resources to fund your child’s upbringing if something happens to you? Consider increasing cover if necessary.

Another important tip is to think about having the insurance written in trust for your children, with your executors acting as trustees. This has two important advantages.

First, it makes it easier to access the policy proceeds when they are needed. If the policy is written in trust, your life insurer won’t insist on a Grant from the Probate office before releasing vital funds.

Your insurance provider will give you the forms you need to set this up.

Death isn’t the only unthinkable event.

What if Chloe’s parents had somehow survived the tragedy that killed them, but been left disabled and unable to care for themselves, let alone Chloe? In many ways, the consequences of this would have been even worse. Chloe and her parents would have been plunged into an unbearable limbo.

Social services and the family courts would have put them through a long and distressing process to determine what’s best for Chloe’s upbringing and welfare.

And social services, the NHS, and the Court of Protection would have involved her parents in an elaborate and costly process to determine how they should be looked after and who should take care of their finances.

The way to safeguard against this scenario is to make Lasting Powers of Attorney.

With a Lasting Power of Attorney for Health and Welfare, Chloe’s parents could have made enforceable advance decisions about who should look after Chloe and who should represent their best interests if the worst were to happen.

And with a Lasting Power of Attorney for Property & Financial Affairs, they would have been able to make equally enforceable advance decisions about who should take care of the house, the mortgage, and their finances generally, without the involvement of the Court of Protection.

Don’t shy away from thinking about the unthinkable. What happened to Chloe’s parents was a rare tragedy, but its consequences were far-reaching. God forbid that this should happen to any of us, but what if it did? It’s important to have the courage to think practically about this and take some relatively simple and cost-effective steps to provide security if the worst should happen.