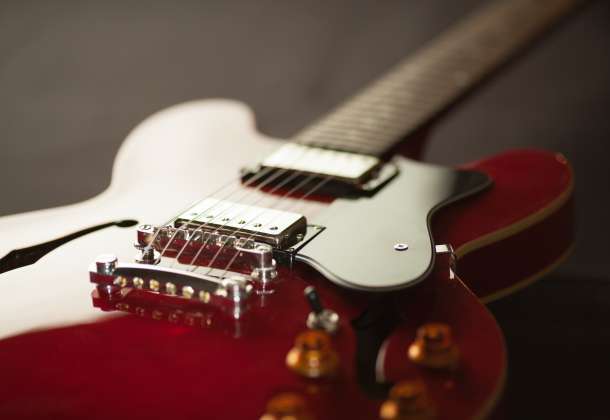 Can he do that? Probably not.

Can he do that? Probably not.

The late Status Quo star Rick Parfitt disinherited his wife in the final days before he died, it has emerged. But all is not as it seems.

Rock widow Lyndsay Parfitt has spoken of her shock and sense of betrayal, to learn that her dying husband changed his Will to leave his estate to his four children, excluding her altogether.

In the days following his untimely death, there was much uncertainty about who would inherit Parfitt’s wealth, since he was married three times and was the father of four children from those marriages. Onlookers doubted that anyone would go short, though, because Parfitt’s estate was estimated to be worth around £10million.

However, not only did he cut his wife out of his will, but it now turns out that estimates of his wealth were overestimated, and in fact he may have left very little money, if any at all.

Parfitt and his third wife enjoyed semi-retirement in Spain where they raised their twins, who are just eight years old. Two months before he died, Parfitt suddenly ended their relationship and moved out of the family home. However, Lyndsay maintains the couple continued to get together every day to have breakfast with their children, and that she devotedly nursed him while he lay critically ill in hospital.

Lyndsay Parfitt believed they were still in every important respect a couple, and was blindsided to learn that he changed his will just five days before his death.

Can he get away with this?

The couple drew up wills in 2009 leaving everything to each other, but after his death, Lyndsay received a letter from Parfitt’s lawyers saying he had changed his own will to leave all his assets equally to his four children.

However, if she has taken proper legal advice, Lyndsay Parfitt will now know that, in the UK at least, it’s virtually impossible to disinherit your spouse.

The Inheritance (Provision for Family and Dependents) Act 1975 provides very robust protection for disinherited spouses. Unlike the uncertainty surrounding the entitlement of disinherited children – as shown by the high-profile court cases of Danielle Ames and Heather Ilott – a spouse’s position under the 1975 Act is much more secure.

In effect, the 1975 Act provides a disinherited spouse with the same financial entitlements as conferred by the divorce courts. In many respects, the 1975 Act is actually more generous to disinherited spouses. The divorce courts must come up with a solution that provides as far as practicable for the needs for both spouses. However, under the 1975 Act, because one spouse no longer has any needs – because they have died – there is scope for more generous provision for the spouse seeking the court’s help.

The fact that the Parfitts had settled in Spain is unlikely to be an obstacle to using the 1975 Act, because they were both UK citizens. At the very least, any UK assets would be available to the court to redistribute in Lyndsay Parfitt’s favour.

But is there anything left to inherit?

This may be cold comfort for Lyndsay Parfitt, because her late husband’s lawyers also dropped the bombshell that there doesn’t appear to be much money left in the late rocker’s estate. Lyndsay Parfitt always knew her husband’s reckless spending on the rock-star lifestyle was liable to burn through his liquid capital at an alarming rate. Successful and savvy, Lyndsay Parfitt was independently well-off when the couple met, and in fact took over the running of most of her husband’s financial affairs during their marriage.

However, she now laments that all she has left is her half-share in the couple’s heavily mortgaged home, which the estate’s lawyers are pressing her to sell, so that Parfitt’s share can be distributed to his children. Lyndsay Parfitt says that she and her kids would starve were it not for her elderly mother’s financial support, and that the twins will shortly need to be taken out of their private school.

The picture is unlikely to be as bleak as described, though. In addition to ongoing royalty income from Status Quo, both Rick and Lyndsay Parfitt are listed as co-owners, along with Managing Director Julian Hall, of Status Homes Ltd, an outwardly successful Marbella estate agency. And with her self-acknowledged business skills and financial acumen, Lyndsay Parfitt is sure to succeed in keeping her twins in the manner to which they are accustomed.