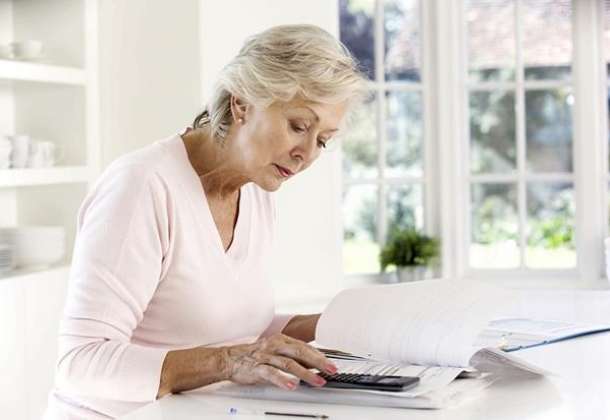 The Office for Budget Responsibility has recently released a forecast which shows that the government is about to receive its highest Inheritance Tax windfall in history. George Osborne is on track to take in a record £4.6billion in Inheritance Tax for 2015/2016 – twice the amount collected in the tax year when he first took office.

And what’s more, the number of families paying Inheritance Tax has increased by a truly staggering 160% in just six years. Those same families have in effect wasted a combined total of around £600million each tax year, by failing to take legitimate steps to protect their assets for the people they love.

Even though Inheritance Tax is one of the most disliked taxes levied in the UK, many families are handing over far more to George Osborne than they have to, and it’s all down to lack of planning. Many people remain unaware of just how much they can do to reduce or eliminate their Inheritance Tax exposure, simply because they haven’t had the advice they need.

Effective Inheritance Tax planning is not about tax avoidance, it’s about making full use of all the allowances and exemptions that are available, which is easy when you get the right advice.

To illustrate the importance of planning, here’s the story of Dervla (not her real name – confidentiality is central to everything we do) and how I helped her eliminate a potential £120,000 Inheritance Tax bill.

Dervla is one of the most inspiring people I have met. She grew up in Ireland, got a college education, and came over to England in the early sixties to get married.  She and her husband settled in Merseyside and had four daughters. Dervla stayed home to raise her children, but her world fell apart in 1970, when her husband deserted her out of the blue, leaving her and her children pretty much penniless.

With four small mouths to feed, and no support at all from her ex-husband, Dervla rolled up her sleeves, went to teacher training college and forged a career for herself in education.  A hard working single mother, Dervla was proud to see her beloved daughters grow up to be strong, self-reliant women like their Mum. All have forged interesting careers, and two have emigrated abroad.

Now, after decades of hard work, thrift and wise investing, Dervla finds herself unexpectedly, in retirement, with a potential Inheritance Tax problem.

The value of her relatively modest home has increased more than ten-fold since she bought it. With the value of her investments having similarly flourished, she has a net worth of over £600,000. So, even after her tax-free allowance of £325,000 for Inheritance Tax purposes, there would still be a liability of more than £120,000 for Inheritance Tax if she didn’t plan forward for this eventuality.

Dervla worked hard all her life to provide for her children. She said to me “it doesn’t matter how old you or your children get, you never stop wanting to provide for them”. Wise words indeed from a very wise lady. It was very important to Dervla that her daughters should receive every penny of the assets she had created for them. Starting from virtually nothing, Dervla had paid off her mortgage and accumulated her savings out of taxed income, and had paid tax every year on the interest earned on her savings. She rightly felt she had more than paid her share to the Inland Revenue, and she absolutely did not want any more to go in tax than was absolutely necessary.

Given her age, Dervla can expect to live beyond the year 2020, by which time the £500,00 she has retained in her own name - a combination of her home and a portion of her savings – will be fully covered by the new family home inheritance tax allowance, which will have come fully into force by then.

Dervla knew that, because her daughters live away - two of them abroad – she would need to make sure that there was adequate care available to her if she grew frail in later life and unable to cope on her own. She was adamant that she never wanted to “burden” her daughters and accepted that she would go into residential care should the need arise rather than moving in with one of her girls.

We worked out that, with a combination of her pension income and rental income derived if her house were rented out in her absence, her residential care costs could be met. So, to enable her daughters to manage her money and rent out her home should the need arise, she made a Lasting Power of Attorney for Property and Financial Affairs.

To make sure that her wishes would be respected even if she were no longer able to communicate adequately for herself, she also made a Lasting Power of Attorney for Health and Welfare, empowering her daughters to speak up, and be listened to, on her behalf.

As a very resilient, proud woman, it was important to her that her dignity and comfort should be the main priority in her care in later life, so she made a Living Will, spelling out precisely care what she would and wouldn’t consent to.

Planning for the End of her Life

Safeguarding her girls’ inheritance was of paramount importance to Dervla. She wanted her girls to receive the rest of her assets on her death without simply passing on an Inheritance Tax problem for them to plan for from scratch.

She also wanted their inheritance to be debt-proof and divorce-proof, because the challenges she had herself overcome had taught her that you never know what curve-balls life will throw at you.

Finally, her youngest daughter Sinead was battling a debilitating illness which might leave her in need of care, and she didn’t want Sinead to have to sacrifice her inheritance to meet care costs.

As a result, she decided to make a Family Trust Will, which will solve these potential problems when the time comes.

Dervla also wanted the process of putting her affairs in order after her death to be as easy and cost-effective as possible for her daughters. So she opted for a Probate Guarantee, which will give her daughters access to the support of a solicitor when the time comes, at a greatly reduced cost.

The most cost-effective way to provide Dervla with all these solutions was with a Comprehensive Estate Plan, which had the added benefit of storage for life and an unlimited number of updates to her will whenever needed, to reflect any major life changes the future.

Dervla's story shows that it pays to take advice and make sensible plans for the future of your assets and your family. For more information, why not browse our online Estate Planning Toolkit here. Or for individual advice tailored to your situation, feel free to get in touch, either by completing the contact form below or by calling us on 0151 601 5399.