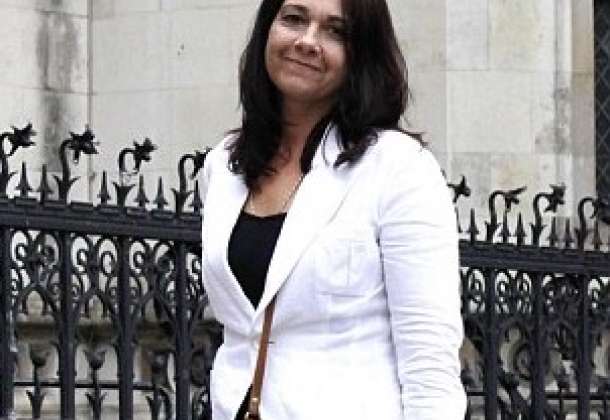 Danielle Ames in Court Battle over her Late Father's Fortune

The outcome of the latest high-profile court battle over “reasonable provision” for a disinherited child is eagerly awaited at the moment. This year’s showdown comes in the wake of the 2015 case brought by Heather Ilott, who was left destitute when her wealthy mother disinherited her in favour of two charities.

Danielle Ames lost her father, Michael, whom she says she “idolised”, back in 2013. She was dismayed to discover that he had made no provision for her at all in his will, and left his entire fortune, valued at £1.09 million, absolutely to Danielle's stepmother, Elaine Ames.

Danielle is an out-of-work picture framer with two children, who is struggling to make ends meet. She has disclosed evidence that her family’s modest outgoings far exceed their meagre income.

By contrast, Elaine Ames is 63 and in ill-health. She argues that Michael always believed Danielle should make her own way in the world, and that he intended his fortune to be used to provide for Elaine in her old age. She says that the bulk of Michael’s fortune is tied up the value of their home, which she would have to sell if provision were made for Danielle.

Although Judge Halpern at the Central London County Court has heard both women’s evidence, his decision has not yet been published.

How will this case be decided?

What decision Judge Halpern makes will be governed by the Inheritance (Provision for Family and Dependents) Act 1975. Under this Act, he will have to decide what, if any, provision would be reasonable for Danielle’s maintenance. He must consider five key criteria in arriving at his decision: -

Cases brought under the 1975 Act all have to be considered individually on their own merits, so it is impossible to predict what Judge Halpern will decide. The result in Heather Ilott’s case did not set any kind of precedent. Both Elaine and Danielle have an anxious wait in front of them.

It Didn't Have to Be This Way

Sadly, it seems that Michael Ames erroneously believed he had a binary choice before him when he was making his will: whether to take care of his wife at the expense of his daughter’s security, or to provide for his daughter whilst throwing his wife under the bus. That mistaken belief will have placed him in a painful dilemma. Ultimately he chose to provide for his wife. Consequently, the problem has fallen in Judge Halpern’s lap, after three years of litigation at a cost of many thousands of pounds in legal fees for both women.

It didn't have to be this way. If Michael had opted for a Family Trust Will structure instead, he could have benefited both women equitably, providing for Elaine’s comfort and welfare during her lifetime whilst ensuring long term security for Danielle and his grandchildren.

The lesson to take away from this ultimately very distressing scenario is that intelligent estate planning advice is absolutely essential for stepfamilies like this.

If this story strikes a chord with you, and you want to explore ways to avoid bestowing a legacy of heartache and litigation on your blended family, why not start by reading our guide to estate planning for blended families or our simple, no-nonsense video guide?

And if the time is right for you to seek specific guidance tailored to your particular circumstances, just get in touch, either by giving us a call on 0151 604 5399 or by filling in the contact form below. We’re here to protect your family from sleepwalking into this kind of disaster.