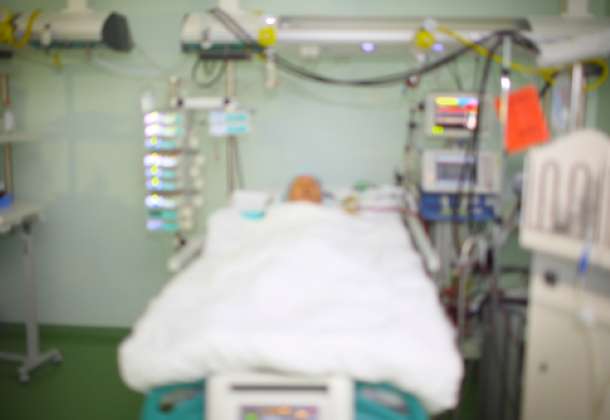 The Tragic Case of “Mr Y”

52-year-old "Mr Y" is being kept alive in a coma while the Official Solicitor defends legal principles.

“Mr Y” is just 52. He is married with two children. Until June 2017, he held down a high-powered job in an investment bank, travelling the world as a financial analyst.  He was a fit and healthy man in his prime. He went running, ate well, went to the gym regularly, and had regular medical check-ups. He lived life to the full, enjoying frequent foreign holidays, eating out, skiing every Winter and indulging his love of music at rock concerts.

But all that came crashing down in June 2017 when Mr Y had a massive heart attack. His brain was deprived of oxygen for over ten minutes, causing catastrophic brain damage. He is in a deep coma and his family have not seen the slightest hint that he even knows they are there.  His doctors say there has been no improvement in all the months he’s been in their care. All the experts agree that Mr Y is in a vegetative state and will never wake up again.

His whole extended family agree that Mr Y would not want to be kept alive in a vegetative state, and even if he did wake up, would never want to end up helpless in a care home, dependent on others for his daily needs, which is the most that could ever be hoped for.

The doctors say it’s in Mr Y’s best interests to withdraw artificial feeding and hydration and let him slip away. His family wholeheartedly agree – they desperately want him to have a peaceful death.

But Mr Y is suspended between life and death, waiting for a decision from the Supreme Court.

Why is Mr Y in limbo?

Mr Y hadn’t made a Lasting Power of Attorney for Health and Welfare. Nor had he made a Living Will. Probably because, in the prime of his life as he was, he couldn’t conceive of the possibility of this happening to him.

If he’d articulated his wishes in a Living Will, his doctors would have been obliged to respect those wishes and let him slip away with dignity. If he’d made a Lasting Power of Attorney for Health & Welfare, his wife could have lawfully given the doctors permission to let him go.

There are clear and comprehensive rules for establishing what is in Mr Y’s best interests. Those rules have been followed to the letter. His family are in complete agreement that letting him go is what’s best for him. But the law is unclear as to whether the doctors can legally withdraw artificial feeding and hydration without the court’s permission. So, in November 2017, the hospital applied to the High Court for a declaration confirming that they could lawfully go ahead without the green light of a court order.

That’s when the Official Solicitor got involved on Mr Y’s behalf, arguing that, without the independent scrutiny of the court, the withdrawal of his artificial feeding and hydration would be an unlawful breach of Mr Y’s right to life and his right to a fair hearing.

The High Court quickly came down on the side of the family and the doctors. Mr Y’s right to life isn’t breached if letting him go is in his best interests. And neither is his right to a fair trial undermined if everyone is unanimous that letting him go is what’s best for him and what he would want.

But the Official Solicitor has appealed to the Supreme Court, arguing that these are deeply important principles that can only be decided by the highest court in the land. Technically, because the High Court agree he can be allowed to pass away without the court’s consent, the family and doctors can go ahead and do what’s best for him. But the usual practice, where there is an appeal, is to delay going ahead until the appeal is heard. The Supreme Court heard all the arguments on 26th and 27th February 2018, but there will be a delay while the judges deliberate carefully.

So, although we don't know for sure, because everyone involved has rightly been given their anonymity, the overwhelming likelihood is that poor Mr Y languishes in a nursing home, trapped between this world and the next, while the Supreme Court considers its decision.

This Could Happen to Any of Us

That this fate should befall someone as young, vital and seemingly healthy as Mr Y is chilling. Rare as this event is, none of us are immune.  We can’t know whether something like this will happen to us. Fingers crossed it won’t. But just in case it does, there are sensible steps we can all take to protect ourselves and our families from spending months in an agonising limbo while judges decide what should happen.

Making a Living Will, also known as an Advance Directive, gives you control over your final days if you’re not in a position to give and withhold your consent when the time comes. You can spell out what you will and won’t consent to. You can insist on your dignity, comfort and quality of life having priority over simply keeping you alive at all costs.

Making a Lasting Power of Attorney for Health and Welfare enables you to nominate someone to make medical decisions on your behalf if you’re not in a position to make them for yourself. The person you nominate must be obeyed as if they were you, which means they can lawfully insist on your wishes being respected.

Having these protections in place means you can get on with the important business of living your life to the full, safe in the knowledge that Mr Y’s fate will never befall you.

For help with creating your Living Will or your Lasting Power of Attorney for Health and Welfare, call us on 0151 601 5399 or fill in the enquiry form below.