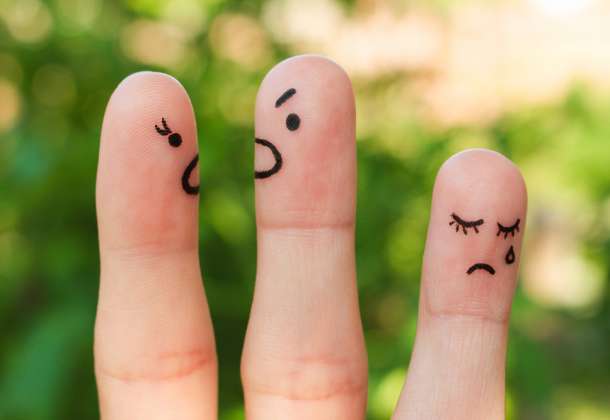 Three Brothers in Court Battle Over their Mother’s Legacy

The three Heath brothers have already incurred £50,000 in court costs because they didn't have the awkward family conversation about inheritance.

Many families are understandably very reluctant to talk about the awkward subject of inheritance. But failure to overcome that reluctance can have dreadful consequences, as sadly demonstrated by what has happened to the Heath family. The three Heath brothers are in bitter conflict and have already wasted some £50,000 in legal fees, because this issue wasn’t properly addressed as a family.

Rachel Heath died in 2015 at the great age of 93. Her middle son, Timothy, a maths graduate and qualified barrister, was never fully employed and had never left home.  He was his mother’s full-time live-in carer for the final eight years of her life. Meanwhile her youngest, Dominic, and eldest, Jeremy, had forged successful careers as doctors and were both at the top of their profession, with ample assets and pension provision of their own.

Mrs Heath made a Will as long ago as 1971, in which she left her estate to the boys in equal shares and nominated them to act jointly as her executors. Timothy believes this to be unfair.

He feels he should receive a greater share in his mother’s estate, both in recognition of his devotion to her, and to meet his needs. He believes that his brothers’ material success has come at a cost to him, with his sacrifices for the sake of his mother’s welfare leaving them free to pursue their ambitions. With no assets of his own except for his forthcoming inheritance, he fears that the equal division of the estate will leave him homeless and poorly provided for.

Dominic and Jeremy, on the other hand, believe it’s right that they should receive their full share of Rachel’s estate, so that they ultimately can pass the family’s wealth down to their own children.

Jeremy and Dominic say that Timothy, in occupation and control of their late mother’s home and possessions, is using his position as co-executor as a bargaining chip and has been wilfully obstructive to the administration of the estate. In January 2018, they brought their complaint before the High Court.

The judge hearing their case rejected Jeremy and Dominic’s argument that Timothy had acted improperly in his role as executor. However, he concluded that Timothy’s arguments for a greater share of the estate give rise to an inevitable conflict of interest between his duties as executor and his potential claim against the estate. With that in mind, it was ordered that Timothy should be removed as executor and replaced by an independent solicitor. However, he warned Jeremy and Dominic that, should any further conflicts arise, they too would be ordered to step down.

Jeremy and Dominic incurred legal fees of £25,000 on their application. It’s likely that Timothy’s legal expenses were about the same amount, meaning that some £50,000 has already been spent on this case. And what have the brothers gained from their £50,000 outlay? Not very much. All they have achieved so far is a decision about who should administer their late mother’s estate. The central question – should Timothy receive a greater share or not? – remains unanswered.

If Only They Had Talked About Inheritance

If Rachel and her sons had plucked up the courage to have that awkward conversation about inheritance, this conflict and expense could have been avoided. Rachel’s capacity to make decisions about her legacy appears to have been intact into her eighties. There were ample opportunities during her sixties and seventies for Rachel to review her Will. Made as it was in 1971, it was more than forty years out of date by the time of her death. When she made that Will, her sons were still children, but in the intervening decades, their lives had taken dramatically different paths.

Had Rachel taken the opportunity in retirement, before her health declined, to review her legacy, she could have taken her three sons’ respective circumstances into account. Timothy could have expressed to her his concerns about his own long term financial security, and she could have made decisions that provided comfort and safety for him in his old age, without letting Jeremy, Dominic and her grandchildren down.

One sensible option would have been to update her Will to include a Right of Occupation of her home for Timothy. This right could have subsisted for the rest of Timothy’s life, or for a few years to give him a chance to get back on his feet. Such a decision would not have left Dominic and Jeremy in the lurch, because they were already financially secure and not dependent on her legacy. At the end of the right of occupation, the house could have been sold and the proceeds divided equitably between the family, ensuring that Jeremy and Dominic’s main concerns, about provision for the next generations, were allayed.

Hindsight is, of course a wonderful thing. Sadly, although it’s still open to the Heath brothers to reach an amicable agreement that balances everyone’s needs, a lot of resentment and bitterness will have built up between them, which will make it difficult for them to meet each other half way. But their story can serve as an example for the rest of us, of the importance of talking about inheritance bravely as a family, and making decisions well in advance, before age and infirmity get in the way and miscommunications get out of hand like it did for the Heath family.

For clear advice about where you stand and the options available to you in providing for your family, simply call us on 0151 601 53989 or complete the contact form below. A complimentary consultation and clear written advice will give you the basis for a sensible discussion with your family, so that you can confidently make decisions that work for everyone.