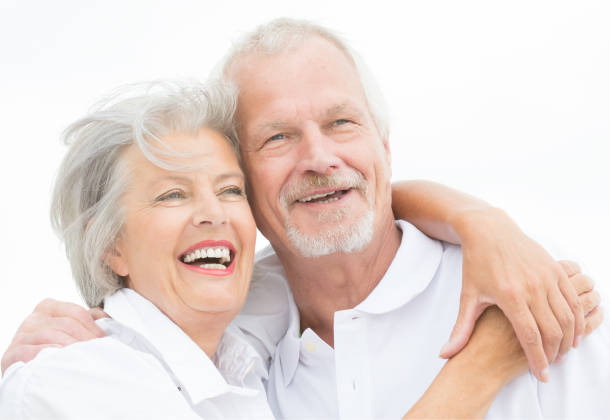 How this retired couple made sure most of their main asset would be inherited by their children – and not the council.

Ray and Joyce are a retired married couple in their seventies, with three adult children. Their main asset is their home, valued at about £150,000. The mortgage is paid off.

The house is in Ray’s sole name, because, when they bought it, more than 50 years ago, the bank wouldn’t include Joyce on the mortgage as she was under 21. They asked their solicitor about putting the house in both their names when the mortgage was paid off, and their solicitor advised it would be cheaper to make simple Mirror Wills instead, leaving everything to each other on the first death, and to the children on the second. That way, if Joyce was widowed, she would own the house anyway, and her home would be secured, as would their children’s inheritance eventually.

Should Ray & Joyce sign their house over to their kids?

Having heard a lot of debate about the “dementia tax” in the run-up to the 2017 General Election, Ray & Joyce had started to worry about the future. What if either of them needed to go into a home in their old age? Would the council snatch away the value of their house to pay for care? Would this rob the children of their inheritance? Ray & Joyce found this idea unbearable. They hadn’t worked and saved for decades, only to have nothing to leave their kids in the end.

One of Ray’s friends at the bowling club shared an idea with him. Why not sign the house over to the kids and wait seven years? If the house was in the kids’ name, the council, surely, wouldn’t be able to use it to pay for care if the “seven-year-rule” had kicked in. That was the question Ray wanted answering when he came to us for advice. But he was surprised by the answer.

Our advice was very clear: don’t, whatever you do, put the house in the kids’ name! Doing so would be a Deliberate Deprivation of Capital, and the council would still use the value of the house to pay for care, no matter whose name was on the deeds.

There is no seven-year gift rule for care costs. It’s a very common urban myth, that came about because of a simple mix-up. There is a seven-year gifting rule, but it only applies to Inheritance Tax, and has nothing to do with the cost of care. The cost of care is governed by an entirely different system, and it’s important to understand how that system works.

Once Ray & Joyce knew where they stood legally, they could start making decisions that suited their circumstances. This meant taking a realistic look at their likely future.

For as long as they were both alive and living together, they would, like most older couples, probably manage to support each other at home, perhaps with some home help, even in poor health.  The crisis in availability of care home places has led many local authorities to be stricter in assessing care needs. If there is someone at home who can meet a disabled person’s care needs, a council-funded residential care place is less likely to be made available.

So, the sensible thing would be to make plans on the assumption that residential care, placing the house at risk, would only become an issue if one of them were widowed. But this was where their Simple Mirror Wills were inadequate.

If one of them died, the other would be the sole owner of the house. Ray was already the sole owner, and Joyce would inherit it if Ray died, according to their Simple Mirror Wills. So, if either of them went into care after the other had died, the council could use the entire value of the house to pay for care.

What did they do instead?

By putting their house in both their names, and making carefully-structured Traditional Wills, they shielded at least half the value of the house from the council.

In their new Wills, they each left their half of the house to their children. They both also included a “right of occupation” for each other, so that the children couldn’t sell the house until after they had both passed away.

Consequently, much more than half the overall value of the house will be preserved for the children’s inheritance.

With their former Simple Mirror Wills, the council could use the whole value of the house, less a “protected amount” of £14,250, to pay for care. To pay for care, the council would be entitled to divert up to £137,750 away from the children’s inheritance.

So, by making informed, rational decisions, Ray & Joyce have protected up to £126,750 of their children’s inheritance.

What else did they do?

Ray & Joyce wanted to give themselves the best chance to remaining independent and living at home for as long as possible. So, as well as planning their legacy properly, they decided to give their children the power to speak up for them and support them adequately should ill-health rob them of mental capacity in their old age.

They made Lasting Powers of Attorney for Property & Financial Affairs, so their kids could take care of practical, day-to-day issues for them if necessary. They also made Lasting Powers of Attorney for Health & Welfare, so their kids could ensure their wishes about the most important issues in life, such as where they would live and how they would be cared for, would be respected.

How much did this cost?

Ray & Joyce opted for a Budget Plus Estate Plan, which provided them with the Wills and Powers of Attorney they needed to meet all their objectives. They spent £1295 on achieving this, together with £328 to register their Powers of Attorney to make them valid.

For an overall budget of just over £2000 – the equivalent of about three weeks’ care costs – they added £126,750 to their children’s inheritance and preserved their independence for the rest of their lives – what a great return on investment!

If you feel it’s time to start protecting your kids’ inheritance from the vagaries of the care system, don’t hesitate to contact us for advice. Call us on 0151 601 5399 or complete the contact form below, and we’ll be glad to point you in the right direction.