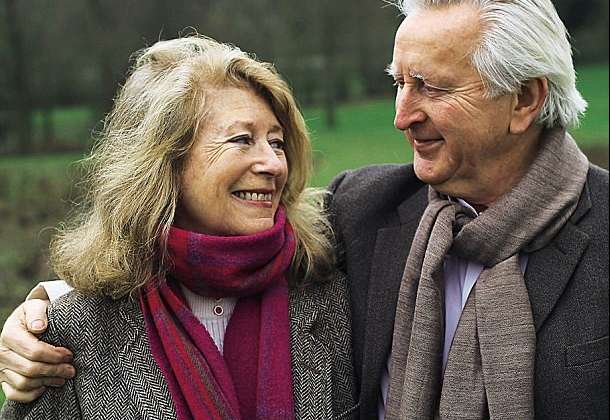 How Danae’s husband’s intestacy left this blended family in chaos.

How Danae’s husband’s intestacy left this blended family in chaos.

Danae Brook and her late husband Robin first knew each other as students in their late teens and early twenties. Their paths in life diverged over the next few decades, as they each married and had children and successful careers of their own. And then, a chance meeting when they were both divorcees in their fifties, led to blissful a life together. They married at the turn of the millennium with six sons between them – three each – and five grandchildren, and enjoyed the next 14 years in a rural idyll deep in Constable Country.

But then their happiness was taken from them by the sudden onset of a fatal illness that led to Robin’s untimely death in early 2014.

“It is a lesson in not taking happiness for granted”, says Danae. “We had only occasionally, fleetingly, thought about our wills. Before a car journey, maybe, or when planning a flight. Our priority after our marriage should have been to put our legal affairs in order but, busy as our lives were, this was too easy to overlook.”

The consequences of this oversight have been terrible for Danae.

Chaos Due to Lack of Knowledge and Lack of Planning

“What I didn’t know”, says Danae “was that when you marry, or remarry, any previous will you made becomes invalid and your new spouse does not automatically inherit your estate.”

Robin had not re-written his will when they got married. When it became clear that he was nearing the end of his life, Robin re-wrote his will, but there was a delay, and tragically, he died before he could sign it. The result was that he died intestate.

On top of her unbearable grief, Danae was plunged into a nightmare of uncertainty because of the legal complications arising from Robin’s intestacy.

As Danae eloquently puts it: “If you die without signing your will – no matter that your family and your lawyers know exactly what your wishes are – all your choices are null and void. Your property and your money become subject to the rules of intestacy, and these are so densely draconian you will probably never fully understand them.”

The immediate practical consequence for Danae was that she had to pack up and leave their beautiful home with dizzying, heart-breaking speed, so that it could be sold to provide Robin’s sons with their share of his estate.

“Within days of his death I found myself on what felt like a battlefield, being fired at from all sides. His best-laid plans were in ruins, and so was I”

Robin’s children and Danae disagreed from the outset. Danae wanted to follow the instructions Robin had left in his unsigned Will, but Robin’s sons wanted to go down the intestacy route.

Under the intestacy rules, Danae inherited Robin’s personal belongings, a “statutory legacy” of £250,000 and half the rest of his estate. Because Robin died prior to a 2014 change in the Intestacy Rules, Danae also had to navigate a further layer of complication because “half the rest” in Robin’s case meant a “life interest in half the rest”

Robin’s bank accounts were frozen, and she could not secure a loan to tide her over until the estate was settled. This left Danae having to sell beloved items of Robin’s possessions just to raise enough money to live on.

There has been conflict and tension within the family, the legal fees have been ruinous, and the estate is still not settled, almost three years on. Danae has been to mediation to try and resolve issues, but even now she cannot access the remainder of her inheritance and start to rebuild her life.

Worse still, Danae is estranged from all but one of Robin’s sons. The family bonds that should have been a source of comfort have been terribly damaged.

“In law, ignorance is not a defence” warns Danae “Neither is it in life. People who love one another usually intend each other to mourn in peace, ideally in the home they shared. Now I know that unless wishes are laid out unequivocally in legal terms, and correctly witnessed, that won’t happen. Make a will. Sign it. Otherwise, what will happen is what happened to me.”

Danae’s experience shows how far-reaching and painful the consequences can be when we put off making a proper estate plan. This is particularly true for couples married for the second time, who are living as blended families or stepfamilies.

It’s not always easy to know where start, but there are useful resources here on this site to point you in the right direction. Take a look at our guide to Estate Planning for Blended Families and Stepfamilies. Or quickly and easily pick up the key points in my video guide on the same subject.

And when you feel ready to take the first step in planning your own future, remember my help is just a phonecall or an email away - just call 0151 601 5399 or fill in the contact form below to access all the help you need

Shielding your Buy to Let Portfolio from Inheritance Tax