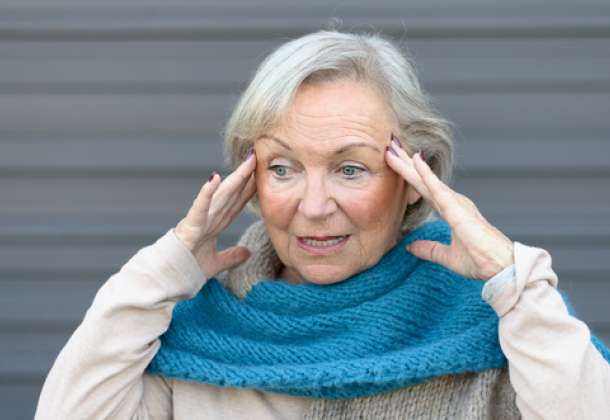 Life expectancy has stopped rising, and dementia has doubled since 2001.

We’re Not Getting Any Older

Life expectancy at age 64 has all but ground to halt, due to the austerity years and a surge in dementia. What can you do for yourself while we wait for a cure?

The well-established trend that we’re living longer has stalled since austerity was introduced in 2010. Women are currently living to 83 on average and men are lagging three to four years behind. But while, historically, life expectancy at birth has increased by a year in every five for women and a year in every three and a half for men, it’s slowed, in the austerity years, to a one-year increase every decade for women and every six years for men. Alarmingly, increases in life expectancy at age 65 have all but ground to a halt.

It seems that much of this is down to a dramatic increase in dementia, while other causes of death have declined. Heart disease and strokes now kill half as many people as they did back in 2001, but dementia death rates have risen by more than one and half times in men, and have doubled for women. According to Public Health England, dementia is now the single biggest cause of death among older women.

It’s all about funding.

These worrying findings have led to increased calls for investment in dementia research to be a national priority. Promising breakthroughs have been made in research, but scientists are still a long way from where they want to be. Recent discoveries indicate that the condition may be capable of a cure if it’s diagnosed early, before symptoms are noticed, and drugs that may eventually provide a cure are undergoing testing. But the results of this research are not expected for another eight to ten years.

Dementia research has been chronically underfunded, largely due to both cultural and personal denial. Understandable personal fear means that people who suspect the condition refuse to acknowledge it, keeping their worries to themselves for as long as they possibly can. People with the condition often deny there is anything wrong, and resist seeking diagnosis and treatment, even in the face of their family’s concerns.

This accompanies deep-seated social taboos surrounding dementia. For most of history, those with the condition were dismissed as “mad”. We think of dementia as a modern illness, but early accounts of the condition date as far back as Roman times. However, it’s only in the last 20 years that we’ve realised that Alzheimer’s is as big a threat as cancer and heart disease. In fact, it’s now a far greater threat.

The annual national cost of dementia, when we include the direct cost of health and social care and the indirect cost of lost earnings and tax revenue from people with the condition and those who have who have given up work to care them, is estimated at £26billion, which is more than the entire national cost of cancer, heart disease and strokes put together.

And yet cancer research still receives seven times as much funding as dementia research. If we carry on like this, the total number of people with dementia will double every twenty years. Today’s concerns about the care funding crisis and controversy surrounding The Dementia Tax will pale in comparison with the scale of the problems we will face. It’s time for a radical re-think of our priorities.

What to do in the meantime?

While we're in limbo waiting for a cure, it’s down to us as individuals to protect ourselves and our assets for the benefit of our families in case the worst should happen in later life.  Forewarned is forearmed, after all.

The first and most important step is to get as educated as possible. A useful starting point is our guide to Planning for the Cost of Care.

Then it’s a question of ensuring that ownership your home is registered in the most advantageous way, before considering whether to make a Will that focuses solely on protecting the house, or a Will that protects all your assets in a broader and more robust way.

Addressing issues surrounding loss of capacity is an important step to consider from mid-life onwards, so that your personal finances are protected, and so that decisions about your future are only made by those closest to you, who can ensure your wishes are respected.

For specific guidance about what to do in your individual circumstances, don't hesitate to get in touch, either by phone on 0151 601 5399 or by completing the contact form below.