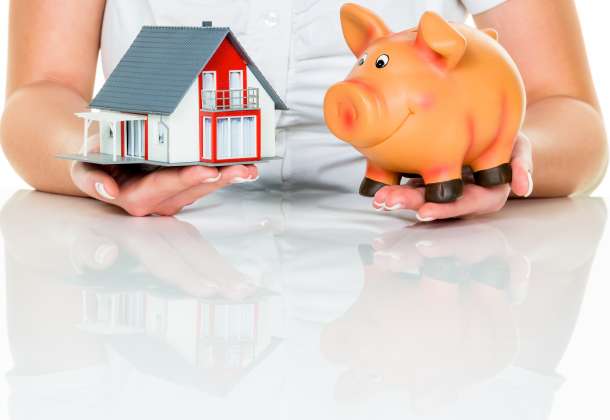 How to leave up to a million quid to your kids tax-free.

A guide to making the most of the new Inheritance Tax allowance.

This April at last saw the introduction of new rules - which were announced back in 2015 (two general elections and a referendum ago!) - enabling couples to leave up to £1million to their kids without incurring Inheritance Tax.

Everyone has an Inheritance Tax Allowance – their “Nil Rate Band” – of £325,000, which means they can leave an estate of up to that amount without incurring Inheritance Tax. Couples can add their allowances together, to leave £650,000 tax-free between them.

The much-anticipated new perk is an extra allowance called the Main Residence Nil Rate Band. It’s currently £100,000 per person, rising to £175,000 per person - £350,000 per couple - by April 2020. The two allowances added together give couples the magical £1million tax-free legacy for their kids. For single parents, the total new allowance will be £500,000.

But, of course, there’s a catch – several catches in fact. You must meet several conditions to qualify for the extra allowance.

As it’s only the family home that qualifies for the extra allowance, second properties such as holiday homes and rented-out properties are excluded – so this isn’t an inheritance tax lifeline for buy-to-let investors. You’d still be stuck with that £60k Inheritance Tax Bill if, for example, you were a couple with a £200,000 family home and a portfolio of four £200,000 rental properties.

The allowance only applies if the people who inherit form you are your direct descendants. Fortunately, the definition of “direct descendant” encompassing stepchildren, adopted children and grandchildren & remoter descendants. But that’s as far as it goes, so it’s only parents and grandparents who can expect to use the new allowance. A childless testator couldn’t nominate a friend or god-child to benefit from the allowance.

Somewhat trickier, is the condition that the allowance only applies to absolute legacies. It doesn't apply if you leave your house to your family within a Discretionary Trust, i.e. by including it within the Trust Fund created in a Family Trust Will. If you do that, you’re technically leaving your house to your Trustees rather than your direct descendants, and you forego the additional allowance.

This can create a dilemma for parents. Many parents prefer to leave their children’s inheritance as a Trust Fund to make sure their legacy is protected for the long term.  For example, one of the main advantages of a Family Trust Will is that it creates a divorce-proof inheritance.

The additional allowance saves up to £140,000 in tax for couples. So, the question for many parents is: what’s more important for the kids – a divorce-proof inheritance or an extra £140,000?

How are parents dealing with this?

The couples we’re helping right now, who have assets exceeding £650,000 – also divorcees & single parents with assets exceeding £325,000 - are often opting for a modified Family Trust Will, where they leave their house to their children as an absolute legacy, and their other assets within a discretionary trust.

Those who have already made their Family Trust Wills as part of estate plans they created before April 2017, are working with us to update their Wills to include this distinction between their house and their other assets. They’re usually doing this at no additional cost, because several of our estate plans include unlimited updates as part of the service.

Couples with very substantial homes are often reluctant to expose the entire value of their home to the vagaries of the divorce courts in their children’s later lives. So, they’re compromising by restricting the absolute gift to a slice of the family home equivalent in value to the extra allowance, with the rest of the home’s value going into the Discretionary Trust section of their Will.

But what about all the other risks?

Divorce-proof inheritance isn’t the only protection that couples are looking for when they make a Family Trust Will. There are major risks that can arise if one spouse dies and the widowed spouse becomes the sole owner of the house. These risks can divert the inheritance of the house away from the kids.

If one spouse dies and the other becomes the sole owner of the house, but goes into a care home in their old age, the whole value of the house can potentially be used to pay for that care.

If a widowed spouse is the sole owner of the house and later remarries, the new husband or wife can acquire substantial rights over the house, derailing all the plans for the children inheriting it.

So, there are significant downsides to foregoing the protection of the Family Trust Will in respect of the house, in favour of the “everything to you if I go first and everything to the kids if I go second” approach.

The solution is to leave the house to the kids as an absolute legacy, but delay that legacy until both parents have died. This is achieved by giving each other a life interest or a right of occupation in respect of the house. The kids’ inheritance of the house is protected, but so is the widowed spouse’s right to live peacefully in the family home for the rest of their loves.

If it’s time for you update your estate plan – or to make it from scratch – to take advantage of the new allowance, the starting point is to get in touch with us. We’ll look at our circumnutates carefully and give you a complimentary written report, explaining exactly what you can do and precisely how much it will cost. It’s then up to you to consider that advice and decide on a way forward you’re confident is right for you.

To get in touch, just give us a call on 0151 601 5399 or complete the contact form below – sensible advice and practical help is at hand.