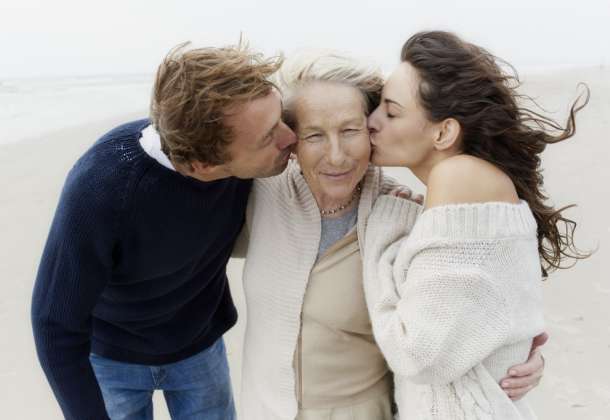 Helping your Parents to Cope

The Guardian newspaper recently published a helpful group discussion, in which readers shared their own experiences of what has worked for them in offering a helping hand when a parent is finding it all too much.

We don’t talk about this issue much, and consequently there aren’t many opportunities to learn from each other’s experiences. So, it can be difficult to find effective and respectful ways of offering support to a parent who’s struggling.

This is an issue that can creep up on families, but often it’s the loss of one parent that brings the surviving parent’s vulnerability into stark relief. The shock of bereavement, combined with the overwhelming pace of change in modern life, can leave the surviving parent feeling cast adrift, and the adult children wondering how to help.

The Guardian newspaper recently published a helpful group discussion, in which readers shared their own experiences of what has worked for them in offering a helping hand when a parent is finding it all too much. Their suggestions came in response to the following question posed by a reader:

“My recently widowed 84-year-old mum is clueless about money – dad did everything. I worry how she’ll cope (and I don’t live close). How much should I interfere? What do readers recommend?”

The ideas that fellow readers came back with are practical, compassionate and respectful.

“I had exactly this issue when Mum died – she did all the cooking, shopping, and household bills – and worked, too! Dad was the archetypal breadwinner. Her death was quick, and a shock, and the biggest adjustment was for Dad. We kids (in our forties!) went home to our families and he was the one left alone. Dad gave me third party on the bank account to help with the post-bereavement issues and to get back on his feet. I still have it in case of emergencies. I am sure what we did helped him retain his independence. As he gets older we will discuss, at his own pace, what help, if any, he may need. Talk, and take little steps. If your mum does feel she needs the security of knowing her affairs are in order, as well as talking about money talk about her health. When setting up a financial power of attorney you can also set up a health one. If you’re going to be her advocate for one, you should seriously consider the other.”

“MM65” had this to say about striking the right balance:

“Mum was the organiser and died suddenly, leaving Dad, 79. We are in the process of securing LPA (Lasting Power of Attorney) on the basis that it might be needed. I have set up a couple of things so that I can access them, like his phone / broadband package. For now, he can manage the bank, but, in time, I might become a second account holder. Initially, I wanted as much control over Dad’s affairs as possible, but, as time has gone on I have realised that’s not so good. He’s not a child, and losing his wife is bad enough without also losing his independence. For now, I feel it’s better if I give him space and just keep an eye on things. For example, I realised that he didn’t think about paying credit card bills – he would use the card but not know how to deal with the bill”

“Get power of attorney now – even if you don’t need it yet. I took it out for my mother when she started getting dementia and it was very soon after she signed the papers that I needed to manage her money. She had to be capable of signing and understand what she was agreeing to, so it’s best to get it done as soon as you can, before she gets too confused. My sister was also included on the document, and my mother had to sign with an independent witness. But I’m so glad I had this power. I couldn’t have paid her bills, or got access to her pension to pay anything for her, otherwise. Her bank also put me as a second signatory on her account, again with her permission, and that helped too. For social services, or pensions, I could not have done anything without power of attorney. Without it everyone treated my mother as fully capable of all these things, and I couldn’t have helped her.”

“My mum went from being very highly functioning and independent (driving herself to various clubs and social outings, as well as visiting friends every day and lots of nights out) to being unable to concentrate or understand, never mind remember the easiest basics, within a year! I got both financial and health power of attorney sorted, not a minute too soon, and can only implore everybody to do the same asap.”

And an important reminder came from “Ajchm”

“Do discuss with any siblings first, but, ultimately, it is her decision…”

If you’re becoming concerned about your parents’ coping skills, broaching the subject isn’t going to be the most comfortable task in the world, but encouraging them to act sooner rather than later will make a world of difference in the long run. Having that uncomfortable conversation with the whole family, being especially careful to include all your siblings, will be an important first step in helping your parents decide how you can best help them.

The most immediately useful Power of Attorney will be the Power of Attorney for Property and Financial Affairs. This will give your parents the power to choose who should represent their interests in those practical day-to-day matters that are increasingly puzzling for older people in this internet-dependent age. It isn’t just a safety net in case your parents lose mental capacity; it’s a useful tool they can call upon anytime they like, to delegate tasks they’re uncomfortable with, such as dealing with internet banks and the dreaded “customer services” departments of the utility companies.  While they have capacity, your parents must consent to this type of Power of Attorney being used, and they can withdraw that consent whenever they like, which is an important source of peace of mind for many parents who aren’t keen on the idea of their kids “taking over”.

The Power of Attorney for Health and Welfare, however, is purely there as a safety net, because it can only be used when mental capacity is lost. This Power of Attorney deals with the deeply personal issues that are often quite troubling for older people, such as how they will be cared for, where they will live and what medical treatment they do and don't consent to.

Parents frequently have three main objections to making their Powers of Attorney:

“I’m not decrepit enough for this!”

This is a frequent lament. The important point to bear in mind, though, is that we shouldn’t put off making our Powers of Attorney until we’re in your dotage. It’s a decision we make while we’re fit and well just in case something happens in the future. Sudden-onset disability, such as the result of a stroke or a serious injury, can befall anyone, and, as some of the Guardian readers above demonstrate, there are illnesses that progress at alarming speed. Leaving it until it’s too late can be a real headache, because the only option then is to go to the Court of Protection to have a Deputy appointed. Not only does this take months and cost a fortune, but it also results in permanent official scrutiny in the form of annual reviews by Court of Protection officials, which many families find intrusive.

“I don't want to be treated like a child!”

This is another serious and understandable objection. However, the culture surrounding Powers of Attorney emphasises respect for our rights as adults and citizens of a free country, with the following key principles.

“I don’t want people intruding in my private business!”

Again, this is a completely understandable concern. Ironically, Powers of Attorney are an important way of preserving respect for privacy. A person who loses capacity without having made a Power of Attorney will be subjected to seemingly endless outside interference from strangers. The Court of Protection will pry into their affairs annually, and social workers and health professionals will make decisions based on “best interests”, often with little regard for the wishes of the individual.  A Power of Attorney makes sure there is someone who knows them well, who has the authority to insist on their wishes being respected.

Deciding to find out more about Powers of Attorney is the beginning of a careful thought process for your parents. The decision is theirs alone, and they absolutely must feel confident that it’s the right choice for them.

A useful starting point for them might be to do a little research. Our Online Estate Planning Toolkit is a great place to start because it’s a rich resource of practical, jargon-free information about the options available, with transparent pricing information to keep your parents in control of their budget.

They might also benefit from a private consultation in their own home, where they can discuss their concerns freely and get specific advice about their situation and what choices might work best for them. This is a completely complimentary service, and is followed up with written advice that can form the basis for further reflection and discussion before they make the decision they’re sure is best for them.

If you’d like to find out more about offering a helping hand to your parents in this way, don't hesitate to get in touch. Give us a call on 0151 601 5399 or complete the enquiry form below, and we’ll be glad to help.