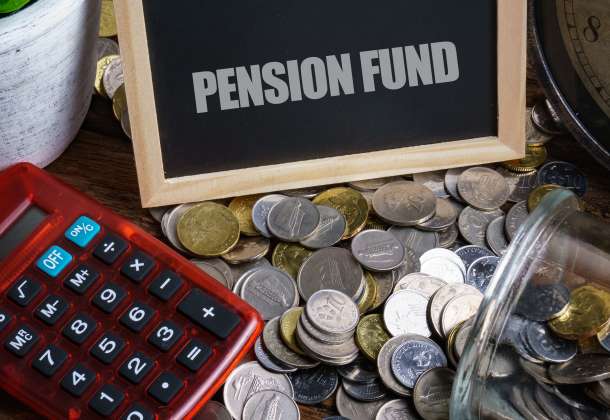 More than 200,000 final salary pension scheme members have cashed in their chips since 2015

Here’s why so many savers are moving away from their final salary pension schemes? And why your pension capital should be a key consideration in your estate plan.

Two years on from the introduction of pension freedom, there has been a £50million boom in pension transfers from final salary schemes to the new-style schemes that allow savers to easily leave their pension capital to their family.

A final salary pension has always been one of the most desirable of workplace perks, because it provides a generous, guaranteed inflation-linked retirement income. Transferring out of such a scheme was historically regarded as madness, because the pension pot would instantly be vulnerable to fluctuations in the economy, and any capital left in the pot at the end of the pensioner’s life would be brutally taxed before their children could hope to benefit from it.

But the greater control and wider investment choice over pension savings offered by the new-style “defined-contribution” schemes, together with a cap on exit fees for over-55’s transferring out of their existing pension, a generous new tax regime on inherited pension capital and tempting transfer deals offered by pension companies, have driven the £50million surge in transfers.

Almost a quarter of a million savers have transferred out of final salary schemes already, and the abolition of the “pension death tax” has been the most popular reason to do so. Pension capital has always been outside the Inheritance Tax regime. But, while Inheritance Tax only kicks in after the first £325,000, and applies at 40%, tax on unused pension capital on death used to be an eye-watering 55% of the whole fund, without any kind of “Nil Rate Band”.

Under the current rules, however, capital left over on the death of the holder of a defined-contribution pension can be inherited entirely tax-free if the pension-holder dies before the age of 75. If the pension-holder lives beyond the age of 75 – i.e. in most cases, given our current average life-expectancy of 84 – the inheritor of the capital only pays tax as they draw down on it, and doesn’t pay more than their own “marginal” (i.e. highest) rate of income tax.

A defined contribution pension enables a saver to potentially build up a fund of up to £1million, which can be used by their family entirely tax-free in the event of their early death.  And the cash is available immediately without the inheritor having to wait until their own retirement.

Conversely, a final salary pension, with the emphasis on providing retirement income rather than capital, will typically pay a “spouse’s pension” of maybe half or two-thirds of the original pensioner’s income, and will leave little or no benefit for adult children.

Tax considerations aside, transfers out are attractive to savers who have built up generous final salary pension but don't have a big house or a lot of conventional savings. They can find it find it frustrating that their pension funds, the fruit of many decades of hard work and thrift, can’t easily be passed on to their children when they die. As saver Richard Austin, 65, commented to The Telegraph in May 2017:

“For me, it’s about control. If I pop my clogs tomorrow, my two boys will get nothing. If I can transfer it into a personal pension, at least they’ll get what I leave behind.”

Providers Switch from Stick to Carrot

Substantial penalties imposed by existing pension providers were a considerable turn-off in the past. It was not uncommon for a pension provider to charge an “exit penalty” of 40% of the fund if a saver decided to move their capital away from a final salary scheme. However, new rules introduced in April 2017 have placed a cap of 1% on such penalties for savers aged over 55.

Nowadays, rather than penalising their members, many final salary pension providers are instead offering tempting incentives to exit their schemes. “Cash equivalent transfer values” – lump sums in exchange for giving up the right to a guaranteed pension income – of as much as 45 times the projected annual pension income are available in some cases.

But, transferring your pension is not a decision to be taken lightly. Strict government rules mean that you must get advice from a regulated financial advisor before you transfer a final salary pension worth £30,000 or more. And, if your financial advisor cautions against a move, some pension companies won’t let you transfer to them.

What Does This Mean for Your Estate Plan?

A carefully considered estate plan is an essential foundation to the second half of your life. Once the kids have grown up and the nest is empty, it’s time to turn your attention to your family’s long-term security and the legacy you will leave for them. Understanding what assets you have at your disposal is essential to this thought process, and that includes giving due thought to your pension assets and how to make the most of them for your whole family.

For support with designing your estate plan, just complete the contact form below or give us a call on 0151 601 5399.