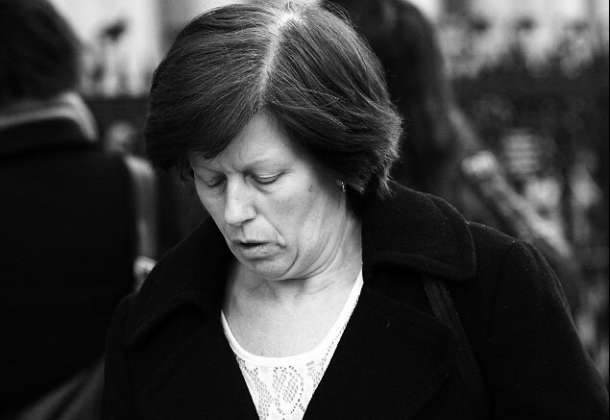 Does being disinherited affect your claim to your parents estate? (Part 1)

Disinheritance and the Law - Part 1

Does being disinherited affect your claim to your parents estate? (Part 1)

Are you free to decide who inherits your estate?

The Heather Ilott case and what it means for you

Heather Ilott was in the news a great deal earlier this year when, after having been disinherited by her late mother’s will, she won a long-running court battle for a payout, equivalent to about a third of her mother’s estate.

Mrs. Ilott’s case was the cause of much discussion, not only because of the dramatic and emotional story of a mother and daughter estranged, but also because of its possible implications. There has been a great deal of concern that the effect of the case was to limit our freedom to decide who should and should not inherit our assets. Many misconceptions have grown up around this case, so the purpose of this article is to debunk the myths, with an explanation of the facts of the case, the law as it now stands, and the practical implications for families who are considering disinheritance.

What actually happened in this case?

When she was 17, Heather Jackson ran away from home with her boyfriend Nicholas Ilott, and the couple later married and went on to have five children together. Heather’s mother, Melita Jackson, bitterly disapproved of Heather’s choice of partner and the two women became estranged.

Heather, Nicholas and their children tried a few times over the years to heal the rift with Melita, but the reconciliations were short-lived. When they named their fifth child after Nicholas’s mother, Melita was so enraged she cut all contact for good.

In 2002, after twenty five bitter years, Melita had a will drawn up, leaving her £468,000 estate to three charities seemingly chosen at random, and left a letter urging her executors to fight tooth and nail if Heather tried to make a claim on the estate.

Melita died in 2004, and so began an eleven year court battle, which, after numerous appeals and reversals, culminated in Heather being awarded £164,000.00, enough to buy her council house and to have £20,000.00 left over to put towards her living expenses. The Court of Appeal decided in 2011 that Heather was entitled to a payout, but it took a further three years of hearings and appeals before a decision was made as to how much she should receive.

What law did Heather Ilott rely on?

Heather Ilott relied on the Inheritance (Provision for Family and Dependants) Act 1975. This act is designed to protect close dependents of people who have died, by enabling them to apply to the court for “reasonable financial provision” in certain circumstances.

Why was she able to make a claim under the Inheritance (Provision for Family and Dependants) Act 1975?

On what grounds was Heather Ilott’s claim made?

To succeed in a claim, an applicant must prove that “reasonable financial provision” hasn’t been made for them, either in the will, or because of the way the Intestacy rules work. In other words, that no provision has been made at all when it should reasonably have been made, or that there has been some provision but it isn’t enough. In Heather Ilott’s case, a will had been written, and that will made no provision for her at all. The question then was whether this was “reasonable”.

What is “reasonable financial provision”?

Reasonable Financial Provision means one thing for the deceased’s spouse, and something else for all other types of claimant.

For a spouse, “reasonable financial provision” is what would be reasonable in all the circumstances. The decision making process is very similar to that involving financial settlements on divorce.

For all other applicants, it is restricted only to what would be reasonable for their maintenance.

So, as Melita Jackson’s child, Heather Ilott was entitled to apply only for an award that would be reasonable for her maintenance.

How did the court decide?

The court has to decide every case on its individual facts, but is duty-bound to look at the following factors:-

Does this case mean that your child is automatically entitled to provision from your estate even if you disinherit them?

No it doesn't. The rather quaint legal maxim is that “an Englishman still remains at liberty at his death to dispose of his own property in whatever way he pleases”.

Just because a child is eligible to make an application under the 1975 Act, doesn't mean they have a valid claim. Their case still has to be considered against all the factors outlined above.

Does this case mean you can’t disinherit a financially needy child?

No it doesn't. Financial need is only one of the factors to be taken into account. The needs of other people with a claim on the estate must also be considered, as must the size of the estate. The Ilott case shows that conduct will be an important issue. The court laid the blame for the estrangement at Melita Jackson’s door. If Heather Ilott had been more to blame, or if she hadn’t tried to reconcile with her mother, the outcome may have been different.

If you have concerns about the issues raised in this post, call us on 0151 601 5399 for confidential advice and guidance.