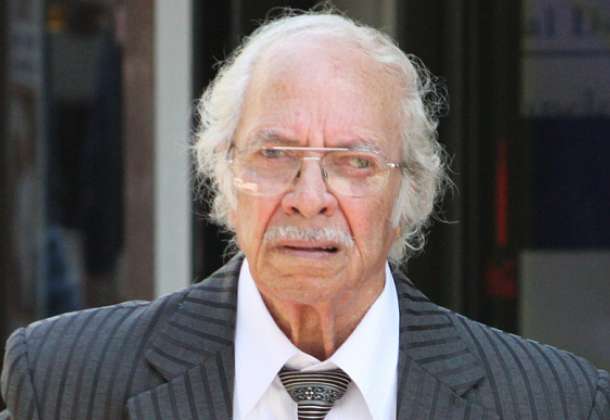 Why it's so important to talk to each other about the future.

Why it's so important to talk to each other about the future.

82 year old Joseph Henein is facing homelessness and financial ruin simply because he and his wife did not talk about their future or plan their estate together.

Joseph’s wife Mary was on her deathbed in 2008 when she made a will in a hurry - and without talking about it with Joseph.

She left everything she had, including her share of their home, to her son from her previous marriage. Joseph only discovered this after Mary had passed away, and his shock and distress at this information being sprung upon him set off a tragic and costly chain of events which led, seven years later, to most of the money he had in the world being swallowed up in a £126,000 legal bill. His home will have to be sold to meet the bill, leaving him homeless in his twilight years.

Unable to accept that Mary could have made her decision rationally, Joseph launched a legal action against his stepson, arguing that Mary could not have been of sound mind when she made her deathbed will, that she must not have understood and approved of the wording of her will, and that her son must have unduly influenced her. Joseph lost his legal action, and has been ordered to pay his stepson’s legal fees of the case, as well as his own.

"I appreciate that the outcome of this litigation has been immensely distressing for Mr Henein and has had what for him, in old age, is a catastrophic consequence" - Sir James Mumby, judge

Joseph and Mary first met in the late 1940’s as children in Egypt. They lost touch, and Mary married and had a son. In 1983, having re-established contact in England, Mary and Joseph married. They owned a house in London together, but they never made proper plans for their future.

They did not write wills together and they did not talk about ways of making sure that Mary’s son could be provided for, whilst still ensuring that either of them could remain living in the house if the other died first.

This is never an easy conversation to have, but avoiding the subject can have tragic consequences, as they did for Joseph.

As Mary entered the final stages of her terminal illness, she took steps to secure an inheritance for her son. But this family made three fatal mistakes.

First, they avoided having an admittedly difficult conversation. They didn't have the courage to sit down as a family and talk frankly about the future, particularly Mary’s wish to ensure that her son was provided for.

And third, they left it all far too late, so that Mary felt compelled to take steps in a rush when she was on her deathbed.

The effect of Mary’s will

Mary had served a Notice of Severance on Joseph, which altered the way they co-owned their house, ensuring that her half could be left in her will.

Mary’s will was written so as to leave her half of the house to her son. The effect was that, on her death, Joseph and his stepson owned the house between them. Joseph could have lived on in the house for the rest of his, life provided his stepson agreed. Even if his stepson had wanted the house sold, this would have been difficult to achieve this without Joseph’s agreement.

However, because the news came as such a terrible shock to Joseph, at a time when he was grieving for his late wife, he made his decision to challenge the will in court, on the assumption that Mary must have been unduly influenced on her deathbed. The sad result was a terrible breach between Joseph and his stepson, seven years of litigation, and a legal bill that wiped out the bulk of Joseph’s resources.

What should have happened?

If Mary and Joseph had not avoided the subject, but been brave enough to have a frank discussion, Joseph would not have been ambushed by the shock revelation of the contents of Mary’s will.

If they had sought legal advice together, an estate plan could have been made for them, which met both Mary’s need to see that her son was provided for and Joseph’s need to ensure his financial security.

Together, they could have made a Declaration of Severance, in which they agreed that they both had separate and distinct shares in their home that they could bequeath in their wills.

Then, their wills could have been drafted in such a way that they secured the house for each other, no matter who died first.

Mary’s will could have ensured that Joseph had the right to live on in their home for the rest of his life after she had passed away, and that her son’s inheritance took effect after Joseph’s lifetime.

Had this been planned carefully, with open discussion in the family, and without rushing, none of the tragic consequences would have ensued. Joseph’s security in his home would have been assured and the terrible breach between himself and his stepson could have been avoided.

So, what about you?

If yours is a second marriage, and you have children from a previous relationship, the you must do, if nothing else, is to talk about the future frankly as a family. It’s not an easy topic of conversation, but avoiding the subject can lead to disaster. Talk about what you would like to happen after your lifetime. Whose security is important to you? Who do you want to provide for?

Don’t assume it’s an all-or-nothing choice. You don't have to deprive your spouse in favour of your children, nor do you have to favour your children to the detriment of your spouse.

With proper legal advice and the right kind of estate plan, you can ensure that, whichever of you passes away first, you and your spouse will both be secure for life whilst still providing for your children and future generation. And most important of all, you can ensure that disagreements over your estate don't crop up to cause a breach in your family.

If the issues discussed in this article resonate with you, don't hesitate to ask for more information. Either fill in the contact form below or give us a call on 0151 601 5399. We’re here for you with solutions that work for you.