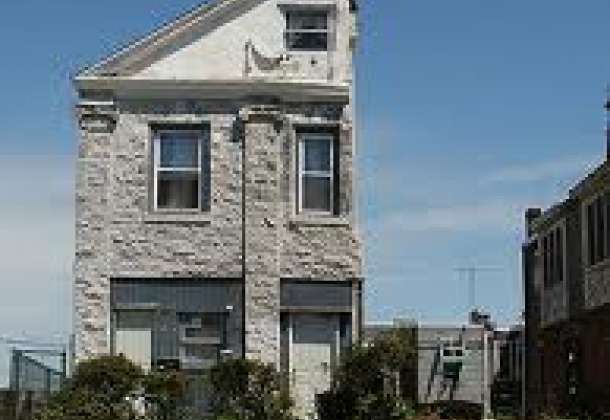 Are Low Cost Wills Worth the Paper They’re Written On?

How a £90 Will Cost a Daughter Half a House

Ebenezer Aregbesola used a low-cost will-writing service to prepare his will - consequently a crucial loophole was missed, which robbed his daughter of her inheritance.

Here at WillWritten, our mission is to make sure your assets are protected and your wishes are respected. We do that by doing things properly, looking at your assets, family and circumstances holistically and covering every angle. Sadly, when it comes to low-cost will-writing services, a holistic approach isn’t always available, with sometimes catastrophic consequences, as shown by the story of Ebenezer Aregbesola and his daughter Tinuola.

Ebenezer co-owned a home in London with his wife, who was Tinuola’s stepmother. In 2007 he used a bank’s £90 will-writing service to create a will, in which he left his half of the London house to Tinuola.

When he died, it emerged that he had co-owned the house with his wife as “joint tenants” rather than “tenants in common”. This is a subtle but absolutely crucial distinction which robbed Tinuola of her inheritance, because it meant Ebenezer’s half of the house now automatically belonged to his wife, no matter what his will said. Poor Tinuola lost out altogether -  her Dad’s decision to use a £90 will-writing service literally cost her half a house.

When ownership is “joint”, both owners own the whole of the property. Consequently, when one owner dies, the survivor continues to own the whole of the property. The survivor becomes the sole owner by “right of survivorship", and the wording of a will has no bearing whatsoever on this. If you own a property “jointly” with someone else, you simply cannot leave your share in your will.

When ownership is “in common”, however, each owner has separate and distinct shares in the property, rather like shares in a company. If you are an owner “in common”, the “right of survivorship” doesn’t apply at all, and you can validly leave your share in the property to whomever you wish in your will.

If, instead of using a cheap and cheerful service, Ebenezer had had his will done properly, after a full consultation, he would have been advised of this, and action could have been taken to make sure his wishes were respected.

What should have happened?

By preparing a “Deed of Severance” along with his will, and registering it at the Land Registry, Ebenezer could have converted his “joint ownership” of the London house to ownership “in common”, ensuring that his half of the house was inherited by his daughter Tinuola in line with the terms of his will.

What can Tinuola do about this?

Very little, is the short answer, as Tinuola is now learning.

When the problem was discovered after Ebenezer’s death, it was simply too late to prepare the “Deed of “Severance”.

To have half the house transferred to her would require the consent – and therefore the goodwill – of her stepmother.

Tinuola complained to the Financial Ombudsman about the error, who ruled that the bank was in the wrong and asked the bank to “come up with a settlement that would fairly and reasonably resolve the complaint – taking onto consideration the value of the property and the intended gift”.

But all the Ombudsman could do was ask – and the bank responded with a resounding “No!”

So, now Tinuola is stuck in the risky situation of having to take the bank to court, which will cost many thousands of pounds in court fees and legal fees, and may not succeed.

But because there is little or no immediate financial gain for the organisation, resources are not always put in place to ensure that all aspects are considered and proper checks are carried out. As a result, it is all too easy for a person using a low-cost service to be tripped up by loopholes like the one that affected Ebenezer and Tinuola.

Here at WillWritten, we passionately believe in doing it properly. We start with a detailed consultation, where we look at your family, your wishes, your priorities, what you own and, crucially, how you own it. Armed with that information, we make sure you have all the knowledge you need, so that you are in the driving seat and can decide exactly what needs to be done so that your wishes are protected.

So, before you think about opting for a cheap and cheerful solution, ask yourself – are you doing proper justice to your family and your wishes?

And if a thorough, holistic approach to protecting your wishes is the way forward for you – were here for you; just compete the contact form below or call us on 0151 601 5399