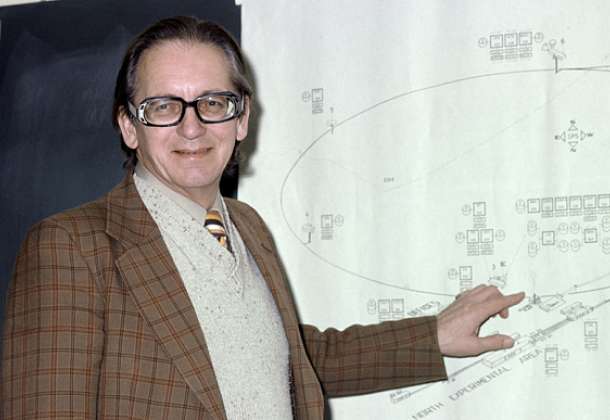 A Geographical Ambiguity and a Court Case over Millions

How A Blunder Over Geography Led to a High Court Battle Over a Scientist’s Will.

A High Court battle between The Royal Society and an eminent scientist's family centred on the meaning of the phrase "United Kingdom".

A schoolboy error over geography in the Will of an eminent scientist led to a bitter and expensive court battle over his multi-million-pound fortune.

An eminent scientist – and a valuable estate

Michael Crowley-Milling died at the age of 95 after a stellar scientific career, in which he worked at the CERN laboratory in Switzerland and was part of the team that invented the first ever touch-screen.

Despite his glittering career, the bulk of his assets came, not from his scientific achievements, but from the sale of a rare vintage sports car he was given for his 21st birthday. He kept his 1931-registered Alfa Romeo 8C supercar for most of his life before selling it for £2million.

He died a widower with no children, and his surviving relatives were his brother’s children and grandchildren.

Mr Crowley-Milling wrote a will in 2009, dealing with assets totalling £2.1million. He specified that a house should be purchased for his carer, that his relatives should receive £400,000, and that the rest of his assets “within the United Kingdom” should be donated to The Royal Society.

However, approximately £1million of his assets were held in offshore accounts in Jersey and the Isle of Man, which, although part of the British Isles, are not part of the United Kingdom. This created an ambiguity over whether he intended those assets to go to his family or to The Royal Society.

Mr Crowley-Milling’s relatives argued that he was far too brilliant ever to confuse The British Isles with The United Kingdom, and so he must have intended the offshore assets to go to the family, not The Royal Society.

The Royal Society argued the opposite, that his intentions were clear despite a small mistake as to geography.

A High Court judge decided in favour of The Royal Society, ruling that it was clear, despite the error in terminology, that the offshore assets were intended for The Society.

“Lawyers may understand perfectly well the technical meaning of the term “UK”” said the judge, “but there is no evidence that laymen - even highly intelligent laymen – would have grasped the difference between the UK, Great Britain and the British Isles.”

After its court victory, The Royal Society, through its spokesman, said the legacy would be used to set up a trust to keep Mr Crowley Milling’s name alive by awarding grants to young research scientists.

This story underlines how important it is that the wording of a will is absolutely clear and unambiguous, and the how important it is to be supported by a skilled professional when drafting a will. This is essential to having your assets protected and your wishes respected.

For help with drafting a watertight will, with nothing left to chance, just give us a call on 0151 601 5399 or complete the contact form below – we’re here to help.