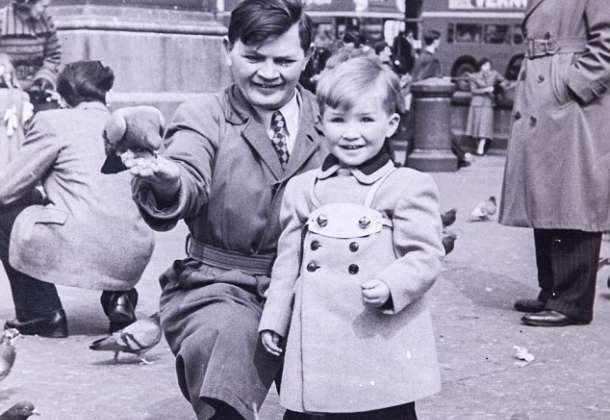 the perils of basic mirror wills

How Stuart Herd was Accidentally Disinherited

Stuart (the little boy in this picture) recently shared his distressing story in the national press. His experience starkly highlights how, for parents, making a straightforward pair of mirror wills can be a huge mistake

Stuart was the only child of William and Freda. Freda died in 1986 and, in 1988, his William met a lovely lady, Dorothy, who went on to become Stuart’s stepmother in a quiet register office wedding.

The problem with mirror wills

Before his death in 1997, William explained to Stuart that he and Dorothy had made mirror wills, which said that, when one of them died, everything would pass to the survivor, and when both had passed away, the estate would be divided equally between Stuart and his stepbrother, Dorothy’s son from her previous marriage.

But, when Dorothy died in 2012, Stuart discovered to his dismay that Dorothy had changed her will after inheriting everything from William. Under the terms of her new will, she left everything to her son and his family – completely disinheriting Stuart.

All Stuart’s grandparents’ assets had been inherited by his parents, and Freda's assets had passed to William.

So when Dorothy changed her will, Stuart’s stepbrother and his family inherited:-

Two prior generations of inherited assets were diverted from the Herd family to another family altogether.

How did this mirror will fail Stuart so badly?

When he had mirror wills drawn up with Dorothy, William thought he was making proper provision for Stuart. He couldn’t have been more wrong.

One of the many weaknesses of traditional mirror wills is their vulnerability to the risk of the surviving spouse changing their will.

How could this have been prevented?

Instead of having straightforward mirror wills drawn up, he could instead have opted for Protective Property Trust Wills.

In a Protective Property Trust Will, instead of leaving everything to Dorothy absolutely, crossing his fingers that she would pass it on to Stuart, William would have left everything to two trustees, for the benefit of Dorothy, Stuart, and future generations.

The trustees could have been professionals or friends or family members. For example, William could have appointed his solicitor, and/or Dorothy and/or Stuart to the trustee role.

The job of the trustees would be to take care of the assets, using wide-ranging powers to make sure they were used only for the benefit of Dorothy, Stuart and future generations.

This would have taken away Dorothy’s power to divert William’s assets to her own family and would have kept the Herd family assets passing down the generations and benefiting the family’s members for up to 125 years from William’s death.

If William and his first wife had made Protective Property Trust Wills during her lifetime, her share of their joint assets would have been protected for Stuart all along, and would have been out of Dorothy's reach no matter what.

Does this chilling story resonate with you?

If  you are worried by any of the issues raised in this article, tell us your concerns below, or give us a ring for a confidential chat about what you can do.