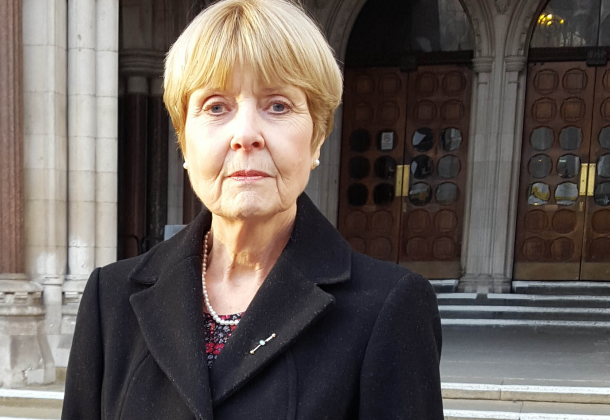 There really is no such thing as a common law spouse

Joy Williams’ Legal Battle - And Her Lessons for Couples Living Together

Joy Williams has won an exhausting, four-year court battle to save her home – but it could all have been avoided

The story of Joy Williams’ exhausting legal battle to save her home has been widely reported in the press. But if she and her partner Norman had made their wills, it could all have been avoided.

69-year-old Joy lived for 18 years with Norman Martin. But due to a wholly avoidable sequence of events, his death put her home and security in jeopardy. She and Norman owned their house together, as tenants in common, which meant they had separate and distinct shares in their home, which would not automatically pass to the other if one of them died.

Norman had never got divorced, although Joy had, which meant that, when Norman died suddenly in 2012, without having made a will, he was “intestate” and his share in their house was automatically inherited by his estranged wife Maureen.

Norman and Joy’s bungalow was worth £320,000 at the time of Norman’s death, and Joy could not afford to buy out Maureen’s share in the house, and so would have been forced to sell up. The security she needed for her old age was swept away by Norman’s death.

Joy was forced to undertake a risky and expensive court case, in which she applied, under the Inheritance (Provision for Family and Dependents) Act 1975, for “reasonable financial provision” from Norman’s estate.

The judge’s crucial findings were that:-

Joy had lived as man and wife with Norman for at least two years prior to Norman’s death, and/or was “wholly or partly” financially dependent on him immediately prior to his death.

She was now living “around subsistence level” in the wake of Norman’s death.

That a “fair and reasonable result” would be that she should “retain an absolute interest in the house”.

Consequently, Joy was awarded Norman’s share of the house, while Maureen and her family were able to retain their inheritance of the remainder of Norman’s estate.

“All I wanted” said Joy, “was for the court to recognise that I needed to have his share of the house that was our home to provide me with some security for my future and this judgement has does just that”

“I believe that that is what Norman would have wanted for me. The judge’s decision means I can now stay in my home and my future is much more secure as I have the freedom to sell the property in the future when I need to.”

Although Joy is “relieved and delighted that this case is finally over, because it has taken a huge toll on my family”, the story may not be over yet.

Norman’s daughter Louise, said in the wake of the hearing that the ruling was “most unfair and we intend to appeal”. Not least of the terrible consequences for Maureen is that she was ordered to pay Joy’s legal costs, in the “eye-watering” sum of £100,000.

Heartache for All Concerned

The emotional drama at the heart of this case is deeply poignant. Although Joy and Norman lived together for so many years, Maureen maintained vigorously throughout the proceedings that she had remained Norman’s wife throughout, and rejected any suggestion that she and Norman were “estranged”, or that Norman had been maintaining Joy in the manner required under the 1975 Act.

Maureen’s point of view was illustrated by Louise’s comment that “My mother has been a loyal, faithful wife. She has devoted herself to her husband and her family.”

The emotional and financial toll on both parties to this case is undeniable. Joy and Maureen have both been to hell and back over the course of four years, and the legal expense incurred has run into hundreds of thousands of pounds overall.

The crucial point to take away from this tragic story is that couples living together do not have anything like the same status as married couples in the eyes of the law. There really is no such thing as a “common law spouse”.

Couples living together really must talk to each other openly and decide between them what they would want to happen if one of them died. Norman’s reluctance to face this issue head-on is understandable given his undoubtedly complicated relationship with Maureen and the seemingly daunting challenge of providing equitably for Maureen and Joy, and indeed Louise. It’s so easy to think “I’ll deal with that another day”. But, as Norman’s story shows, sometimes “another day” doesn’t come.

Having had that challenging conversation, couples must take action to ensure that their wishes are protected. At the very least they must create wills setting out what they want to happen. And they must have this done properly by a professional, because there are so many hidden issues, such as the technicalities of co-ownership of the couple’s home, that can easily trip people up in the absence of professional advice.

Norman and Joy could have put their affairs in order for as little as £395 between them. Instead, what Joy and Maureen got was a four-year nightmare and hundreds of thousands of pounds in legal costs.

If you are living with your partner, the first step to putting your affairs in order and securing each other’s future and that of your family as a whole is easy. Just give us a call on 0151 601 5399 or fill in the contact form below for a confidential chat about your circumstances and clear advice about what needs to be done.