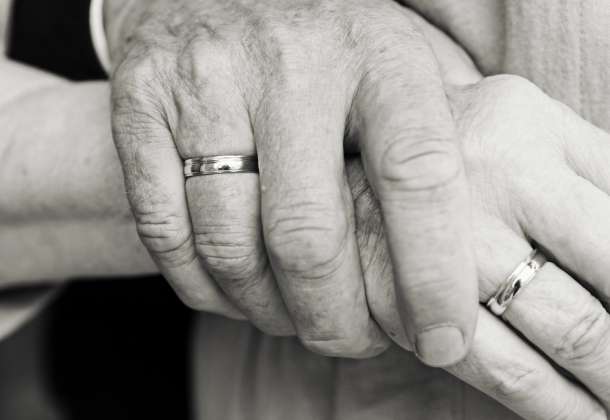 Many couples make straightforward “Mirror Wills”, which are worded, in summary, like this:-

“I leave the whole of my estate to my spouse, provided that he/she outlives me. If he/she does not outlive me, I instead leave my whole estate to my children”

At first glance, this looks like an efficient, low-cost solution, which couples believe will ensure that their children inherit their estate after they have both passed away.

Unfortunately, things don't always turn out that way. Making a pair of Mirror Wills leaves the family’s assets wide open to being diverted away from the children and ending up in the hands of another family altogether. The risk of this happening is particularly great if one spouse is widowed and later decides to marry again.

Mirror Wills are invalidated by remarriage

Here’s a story to illustrate what can happen to an estate if a widowed spouse remarries:

Stephen’s parents, David and Marcia, had an estate of £300,000 between them. They made Mirror Wills, in which they left everything to each other on the first of their deaths, with Stephen to inherit when they had both passed away. They confidently expected that Stephen would receive an inheritance of £300,000 after they were both gone.

Sadly, David died suddenly in his early 60’s of a heart attack, leaving Marcia devastated. Some years later, however, Stephen was delighted that Marcia found happiness again when she met and married Colin, a widower with a daughter, Abigail.

What Marcia didn't realise, however, was that her will became invalid on her wedding day. In English law, remarriage automatically cancels an existing will. Not knowing this, Marcia wrongly assumed Stephen would still inherit £300,000 after her death. However, Marcia had become “intestate” on her wedding day, which meant that Stephen’s inheritance would now be determined by the Intestacy Rules instead of his Mum’s will.

Consequently, when Marcia passed away a few years after her marriage, the bulk of her estate passed to Colin rather than to Stephen. According to the Intestacy Rules, Colin was now automatically entitled to a “statutory legacy” of £250,000 from Marcia, plus half of the rest of her estate.

And when Colin died a few years later, also intestate, his daughter Abigail automatically inherited everything from him. Consequently, Stephen inherited just £25,000 from his parents, and Abigail, someone from a completely different family, whom David had never even met, inherited £275,000.

It might seem an obvious solution to make a new pair of Mirror Wills upon remarrying, but even this won’t necessarily work, and can even make things worse, as illustrated by what happened to Stuart Herd. Stuart’s story was considered in an earlier post, and has been discussed in the Daily Mail, on BBC Breakfast and Radio 5 Live.

Stuart’s parents’ estate consisted of assets they had created in their lifetime, together with assets they had inherited from Stuart’s’ grandparents. Stuart’s mother Freda passed away in 1986 and his father, William, inherited Freda’s estate. When William married Dorothy in 1988, he and Dorothy made Mirror Wills, leaving everything to each other on the first death, and equally to Stuart and his new stepbrother on the second.

William passed away in 1997, at which point Dorothy inherited William’s estate, which consisted of his own assets, Freda’s assets and Stuart’s grandparents’ assets.

When Dorothy died in 2012, Stuart discovered that Dorothy had changed her will, leaving everything, including her inheritance from William, to her own son, daughter in law and grandchildren. Stuart was left with nothing at all, and the assets of the two prior generations of the Herd family were diverted in their entirety to Dorothy’s family.

“Apart from losing my family inheritance, which would have helped so much” says Stuart “I just cannot get over the cruel act of betrayal by my stepmother. I had a very tough childhood as money was always scarce and to think my stepmother has diverted everything to her own family is just so hard to understand especially as there was never a cross word between us.”

How can you prevent this happening to your family?

The most effective way to ensure your family’s assets stay in your family is to make Protective Property Trust Wills instead of straightforward Mirror Wills.

In a Protective Property Trust Will, instead of leaving your assets to your spouse absolutely and crossing your fingers they won’t remarry or change their will if you die first, you instead leave your assets to Trustees.

Your Trustees can be family members, even your spouse, or independent professionals if appropriate. The Trustees are legally obliged to safeguard your assets on behalf of your Beneficiaries.

Your Beneficiaries are your spouse, your children and subsequent generations of your family. The Trustees can look after the assets as they see fit, provided that they always act in the best interests of the Beneficiaries.

To guide your Trustees in their decision making, you accompany your will with a confidential Letter of Wishes, telling them that, if you die first, they must treat your spouse, during the rest of their lifetime, as the main priority, and that your children should benefit once your spouse has passed away.

The result is that your spouse, if you die first, can have all the benefit of your assets – for example by continuing to live in the family home - without having full ownership of them. Which in turn means that the assets cannot pass through your spouse’s estate and cannot be affected in any way by a remarriage. The assets are instead safeguarded for the benefit of your children, grandchildren and subsequent generations, for up to 125 years from your death if required.

A sound investment in your family’s future.

Making Protective Property Trust Wills will typically costs three times as much as making a pair of straightforward Mirror Wills, but the added protection for your family is invaluable – it’s like the difference between a Ford Fiesta and a Sherman Tank.

If making sure your assets stay in the family is important to you, find out more by filling in the contact form below or contacting us on 0151 601 5399 – we’re here to keep your assets where they belong - in the family.